Mysterious “Steve” is not associated with the polar lights

The recently discovered phenomenon of “Steve” was originally associated with the polar lights, but this may be far from the truth. A group of researchers combined satellite data with ground-based photographs of Steve during a geomagnetic storm to investigate how it is being formed. According to the lead author of the study of Bea Gallardo-Lacourt from the University of Calgary in Canada, the main conclusion made by scientists is that “Steve” is not an Aurora. 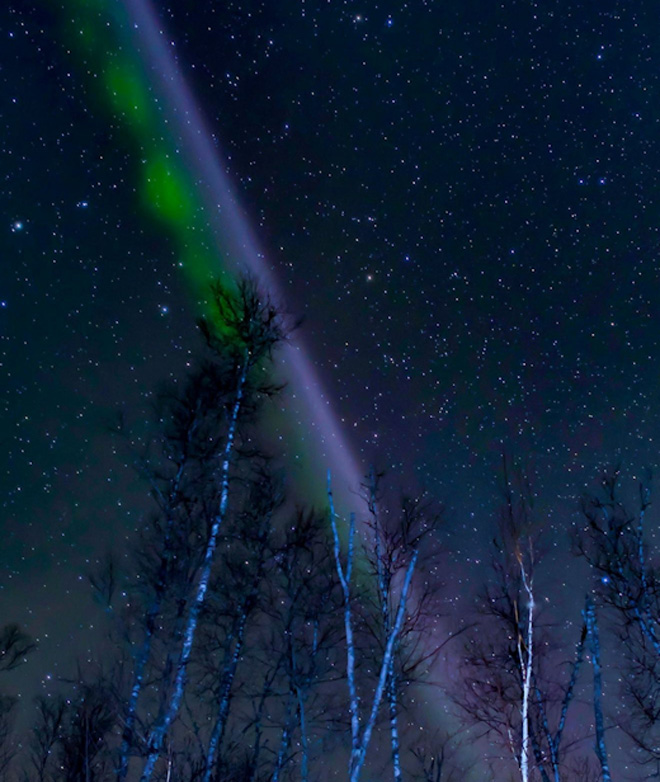 “Steve” (Strong Thermal Emission Velocity Enhancement, STEVE) is purple, sometimes with emerald inclusions, a tape of light that amateur astronomers in Canada have photographed for decades, and it belatedly attracted the attention of the scientific community in 2016 This is not quite like a polar light, but a strip of light often appears next to the aurora during geomagnetic storms. Another study showed that “Steve” appears most often in spring and autumn.

Auroras occur when energetically charged particles from outer space enter the Earth’s atmosphere during geomagnetic storms. If “Steve” is a kind of Aurora, scientists argued, then it should be formed approximately the same way. On March 28, 2008, Steve appeared over Eastern Canada at the same time as the POES-17 satellite, capable of capturing charged particles that cause polar lights. The satellite flew directly over the purple ribbon. The team of scientists carefully studied the old data and did not find … anything. The results confirm that “Steve” is clearly different from the northern lights, because it is characterized by the absence of charged particles. It is interesting that its luminescence can be generated by a new and fundamentally different mechanism in the ionosphere of the Earth.