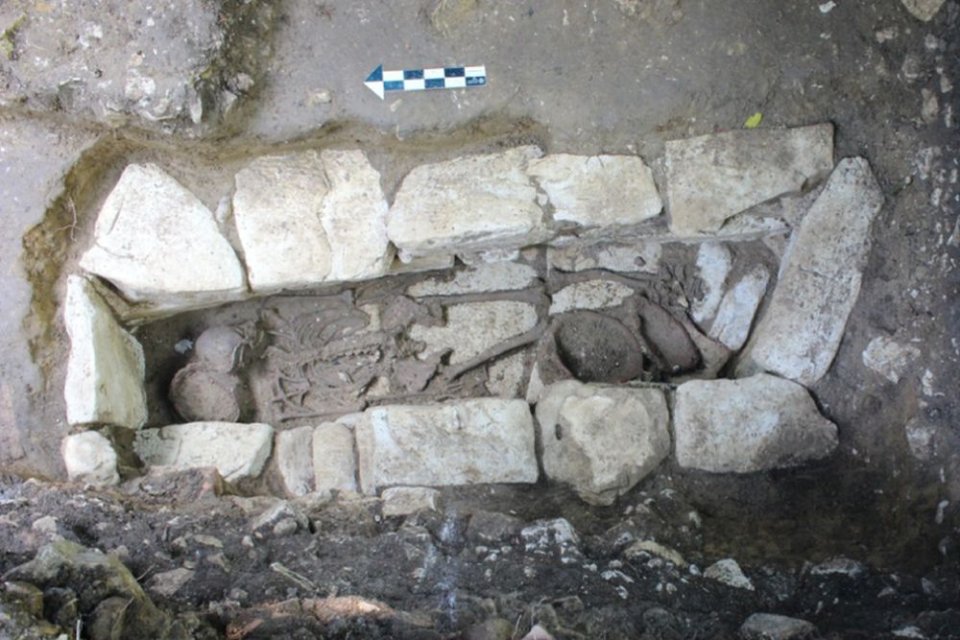 Archaeologists from the National Institute of Anthropology and History of Mexico (INAH) while carrying out survey work in the ancient Mayan city of Palenque, discovered a pre-Hispanic burial site, in which a woman of high social status was probably buried.

According to the INAH website, the burial is located in the archaeological zone of Palenque, Chiapas. The Mexican Ministry of Culture is making efforts to preserve the mysterious grave. Difficult climatic conditions can damage the remains.

“Palenque often experiences temperature fluctuations that cause problems with the preservation of the remains,” explains Arnoldo González Cruz, researcher at the INAH Center in Chiapas and head of the Palenque archaeological project. Now the machines are in the laboratory, after analysis they will be returned to the tomb.

The experts found that a woman was buried in the grave. Apparently, she had a high social status. This is indicated by a number of signs. So, her skull was deformed – it was elongated, and this form, according to scientists, was given to him in early childhood. It was a clear symbol that distinguished high-ranking people from commoners.

In addition, some of the deceased’s teeth are inlaid with special inserts made of green stone. They were probably adorned with jade as part of a ritual to enter adulthood. The Mayan peoples widely practiced the “modernization” of skulls and teeth.

At the time of death, the woman was between 25 and 30 years old. Her body was laid in a tomb 2.2 meters long and 60 centimeters wide, built of stone blocks and having a regular rectangular shape. The tomb was located on a platform from where access to the most important ceremonial objects was opened. Interestingly, it was oriented along the south-north axis. However, the body of the deceased was laid so that her face was turned to the east.

“Although there is no consensus among archaeologists, it is believed that this position is symbolically associated with the rising of the sun,” says Arnoldo Gonzalez. “This is an allusion to the rebirth of a buried person in the company of the sun, whose transit across the sky also begins in the east.”

Next to the sarcophagus, scientists found funeral offerings, including two almost completely preserved vessels. The exact age of the tomb has not yet been determined, but scientists believe that the burial can date back to the period between 750 and 850 AD, that is, the late classical period of the Maya civilization.