Mystery of Tripoli. Who built the first city on Earth 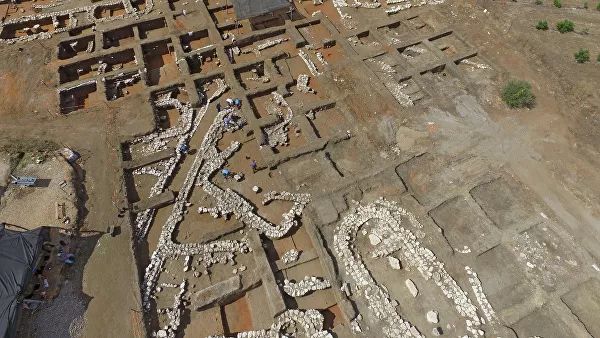 In the 1960s, archaeologists discovered huge settlements in Romania, Moldova and Ukraine, built by representatives of the Tripoli culture six thousand years ago. Territory – hundreds of hectares, tens of thousands of houses. Perhaps these were the direct predecessors of the cities of Mesopotamia.

The fruits of collective labor

At the turn of the Stone and Bronze Ages, fertile lands between the Dnieper and the Southern Bug were occupied by farmers and pastoralists for more than three thousand years, leaving behind many artifacts – dwellings, barrows, utensils, tools. Archaeologists combine them into the Tripoli-Cucuteni culture.

The largest object is Nebelevka, three thousand wooden houses on an area of ​​320 hectares. The same order of Maidanetskoye and Talyanki. In the terminology of specialists, these are megabytes. On the territory of Romania, Moldova and Ukraine there are two dozen of them. 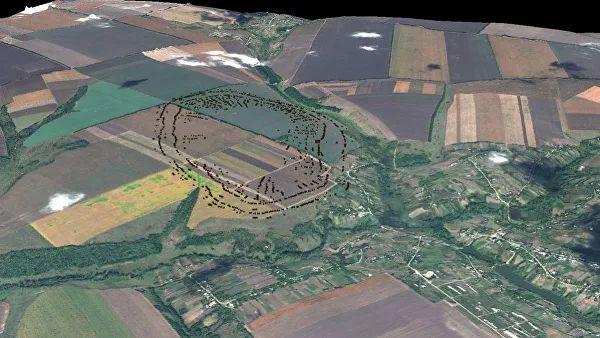 The scale of the settlement is Nebelevka, whose age is more than six thousand years. Kirovograd region of Ukraine

Megasites are designed on a circular basis: in the center there is a large empty space surrounded by two lines of buildings with a buffer zone between them. The houses were located on the outskirts. In the mid-2000s, geophysical methods established clear external borders in some settlements. For example, in Nebelevka, the length of the ditches is six kilometers.

A sensational discovery was made here during the excavations of 2012 – a two-story house of 20 by 40 meters with a large open courtyard. The spire above the entrance was crowned with a crescent horns up – a symbol that is constantly found among artifacts of Tripoli culture. Throughout Europe during that era there was no more grandiose construction than this. Orientation, dimensions, large altars on the first floor, several cup vessels, baking dishes, a lot of broken vessels, figures, animal bones in the cultural layer around indicated that this was most likely a temple where rituals were held and sacrifices.

Most buildings, including the temple house, are found burnt. This is one of the mysteries of Tripoli culture. Ukrainian and British scientists have proved: houses were burned intentionally.

Nebelevka – the largest copper age settlement in Europe, and possibly in the world – existed for only seven hundred years. Its meaning and functions are not yet completely clear. Researchers from Durham University (UK) pay attention to the paradox. On the one hand, the scale, many buildings, obvious traces of planning indicate the fundamental, permanent nature of the settlement. It is no coincidence that such complexes are considered proto-cities.

On the other hand, there are no signs of managerial bureaucracy and social inequality characteristic of cities. The houses are all the same, nothing speaks of the division into the rich and the poor. Surprisingly, the natural environment around the mega-site is not disturbed, which should be expected during the construction of a large, constantly functioning city.

The authors of the work conclude that Nebelevka functioned in the summer as a place of ritual gatherings. Here, whole families flocked to residents of small settlements within a radius of one hundred kilometers. They brought with them things, dishes, food, drove pets and performed joint rituals. Preliminarily erected assembly houses and churches, equipped a square for national celebrations, and built a barrage ditch. They built houses for living, but after one or several visits they burned them. With the onset of cold weather, a small permanent population remained in Nebelevka, preserving the basic infrastructure until the next season.

In a recent article, John Chapman and his colleagues came to the conclusion that mega-sites united disparate equal communities living in a certain space, allowing them to feel part of a single culture. In this sense, such huge villages with a low population density can be considered as an alternative to cities. It is possible that they will be discovered in other parts of the world.

According to existing ideas, the first cities appeared in Mesopotamia – at about the same time as megasites in the forest-steppe of Eastern Europe. However, such settlements require strict management, since they serve the interests of small ruling groups.

Since 1976, scientists from the UK have been exploring the city of Tel Brak in northeast Syria, mainly its central, once densely populated part (the first excavations by English archaeologists began here in 1937). Using aerial photography and geophysical methods, we examined the surroundings and found out that the monument occupies a much larger area due to the suburbs with a low population density.

About ten years ago, scientists from Harvard, the University of Edinburgh, and the MacDonald Institute for Archaeological Research in Cambridge analyzed the distribution of artifacts and buildings and concluded that Tel Braque was growing due to migrants who settled on the outskirts. The immigrants lived in separate groups – the mechanisms of integration then, apparently, were absent. The autonomy of the central part of the city where the bureaucracy was located is noticeable.

Until recently, Uruk in the south of modern Iraq was considered the oldest city on Earth. According to legend, it was founded by the Sumerian king Gilgamesh. However, more and more facts indicate that Tel Braque appeared earlier.

And the oldest of the continuously existing cities is Jericho, located on the west bank of the Jordan River. The British archaeologist Kathleen Kenyon, who conducted large-scale excavations there in the 1950s, believed that he was ten thousand years old.

Jericho was founded by sedentary collectors who lived in semi-dugouts. Later, a large agricultural community was formed here. People surrounded the settlement with walls and set up a tower 8.5 meters high, possibly not one. The discoveries of recent years have shown that even then the Jericho built public buildings for storing crops, gatherings and, probably, churches.