Myths about technologies and their dependence on them 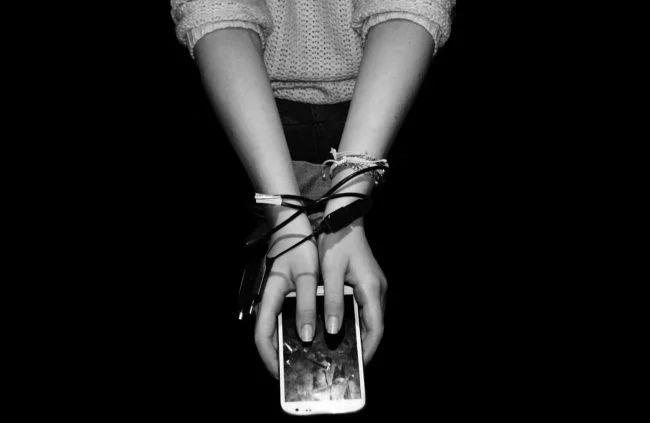 Today more than ever actively discussing the possible dependence of people on technology. Technological companies even had to integrate special counters and limiters into their software products, which would make us think about the time of using smartphones. Doctors recognize the dependence on computer games, and it’s hard to even imagine what will happen next. But is it really serious?

Psychologist Christopher Ferguson believes that many of the statements about the impact of technology on the human brain and body are completely not worthy of attention. Moreover, he is ready to destroy several myths for us, based on his experience working with families, adolescents, and their relationship to technology, games and addictions.
Technology is not a drug

Many say that the use of technology activates the same pleasure centers in the brain as narcotic substances. Maybe this is so, but these very pleasure centers are not necessarily activated by something harmful. Any entertainment leads to an increase in the level of dopamine. This list can get delicious food, exercise or a pleasant conversation.

Pleasant lessons increase the level of dopamine by 50-100 percent. Narcotic substances increase it by 200-350 percent. With this in mind, comparing computer games with drugs is like comparing a drop of rain with a waterfall.

Technological dependence is not a mental illness

The World Health Organization has added zavomisot from computer games in the list of diseases. Christopher Ferguson believes that the people responsible for this decision do not take into account the possibility that dependence on games can be a symptom of other psychological disorders.

There is a huge number of contradictions, which do not allow considering dependence on technologies as an independent disorder. Many doctors admit this. In addition, people who are called technology-dependent, as a rule, can get rid of their disorders more easily than with mental illness. Is also without treatment.

Technology dependence is not caused by technology

Usually in the discussions they say that people are attracted to the technology. Christopher Ferguson believes that people are beginning to shift their focus to technology because of depression, anxiety and other problems. After all, no one thinks that people who are depressed and spend the whole day in bed are bedridden.

With this in mind, it is worth paying attention to ways to treat technological dependence. If it is a symptom, then you should not treat it, but a real illness.

Attention is captured not only by technology

At this point Ferguson draws attention to the fact that people devote no less time and other pursuits. For example, you can get carried away by yoga or dancing. You can get carried away so much that it also becomes like a dependency. By the way, you can find several scientific articles on dance dependence. It is difficult to provide evidence that technology is more addictive than dancing.

The use of technology does not lead to suicide

As evidence that the world of modern technology bears us problems, some experts provided data on the increase in the number of suicides among adolescent females. It is not taken into account that the suicide rate has increased for all age groups. Growth began in 2008 during the financial crisis. Perhaps in society there is a more serious problem that is not noticed in the heat of the struggle with technology.

Scientists sometimes make terrible statements based on a small amount of data. With the same success can be said that the use of potatoes in food and suicide are somehow connected. This statement can also be attached to certain statistics.

Of course, problems with the use of technology can be. But many simply can not imagine their work today without computers and smartphones, with pleasure resting from them later. A tiny core of truth in discussing problems and dependence on technology is. Nevertheless, there is no reason that there has come a crisis related to technology.