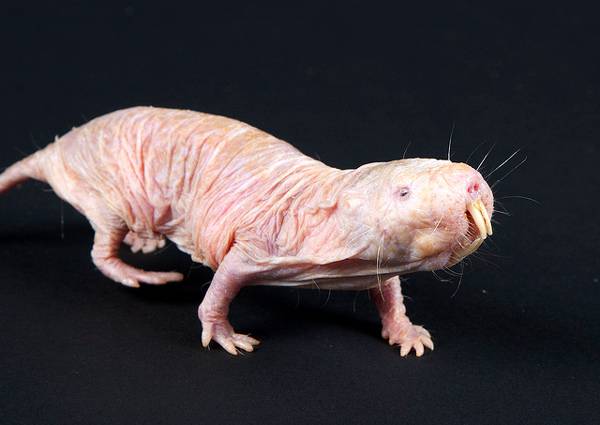 Academician Vladimir Skulachev told about why the Moscow University established the first Russian colony of the Cape of naked mole rats, rodents immortal, and why aging and death are useless for us of the evolutionary program, which can and should be disabled.

Naked mole rat (Heterocephalus glaber) is a unique mammal with many unique properties. This hairless subterranean rodent the size of a mouse and weighing 30-50 grams lives in East Africa. In 1970-e years scientists have discovered that these beings live extraordinarily long for its size, ten times above normal, and is not affected by cancer. In addition, the diggers don’t feel any pain and do not respond to skin irritation when in contact with caustic acids.

Today, Moscow state University. M. V. Lomonosov announced that within its walls were established the first colony of the Cape of naked mole rats of the 25 individuals on the basis of which a group of biologists led by academician Vladimir Skulachev, Director of the research Institute of Physico-chemical biology RAS in Moscow, will study the secrets of their longevity, and try to transfer them to human populations. As scientists hope that in a year their number will increase 10 times, and in October at MSU may be another colony of diggers. Watch diggers you can use the web camera installed in their colony.

Skulachev says he is a supporter of the theory of August Weismann, postulating that death and aging are not random processes, the aging of body tissues and dying cells, and a clear evolutionary programme designed to bring the old organisms to give way to new generations of living beings.

Old age and ageing was specifically invented by biological evolution for its acceleration. Once living beings didn’t grow old, and then began to grow old to quickly evolve. This suggests the possible existence of animals in which this system is broken. If Weisman is right, then we need to find a drug that will cancel the aging process and make us immortal, — said the scientist.

The diggers, according to Skulachev, are unique creatures that have managed to remove this program from your genome in the course of evolution due to three factors – an unusually long life, the particular social structure of their families and absence of natural enemies.

The removal of aging from the genome of diggers, as the scientist, has led to the fact that among the diggers evolved neoteny – figuratively speaking, diggers do not grow up and remain children’s traits throughout his life. According to Skulachev, the group was able to allocate 43 sign of neoteny in anatomy, biochemistry and the brain of diggers, which are absent in rats and other rodents.

This discovery, according to the biologist, it is particularly interesting in the context of the acquisition of the immortality of man. Neoteny, as the scientist noted, is a characteristic feature of a person – for example, the shape of our skull and the whole shape of little change as the growth of the organism. On the other hand, the baby monkeys more closely resemble in appearance people than monkeys.

People live about two times longer than chimpanzees, despite similar size and weight that can be attributed to neotenous and related longevity. On the other hand, superdrine life and potential immortality as the diggers, we don’t have. As explained by Skulachev, it may be explained by the fact that the species Homo sapiens there are only 200 thousand years, whereas the diggers has evolved over a million years. Their study, the scientist hopes, will help us understand how we can disable the program of death and achieve biological immortality.

— Vladimir Petrovich, in addition to MSU, diggers actively exploring the lab of Vadim Gladyshev Harvard University, which in recent years has decoded the genome of these animals and revealed a number of unusual features of their anatomy. Do you keep in touch with them and are experience?

— Yes, we cooperate with Gladysheva cited each other in our work. In fact, several of the open I 43 signs found Gladyshev, only he didn’t recognize them as neotenous. Now we have jointly applied for a grant to RSF, found the staff and room where we will put experiments. We have passed the first stage, and now this issue is resolved by the Ministry, and we hope to receive approval.

Biologists often break natural mechanisms in order to understand how they work and how they can be played. Are you planning to conduct transgenic experiments with diggers?

— I personally would not carry out such experiments, I is not interested. This kind of fanatical goal is we actually seek to prolong youth, and you want to force us to look for ways to reduce the youth.

On the other hand, such approaches – it is legally and scientifically justified methods of investigation, but it is not our research interests. We are very much sharpened it to experiment with practical results and not on fundamental research.

— Another group of scientists with the participation of Russian biologists discovered three years ago a potential mechanism to protect the diggers from cancer – heavy molecules of hyaluronic acid. Conducted or will you conduct experiments with this acid during the work with the diggers?

— While not actually clear whether this mechanism works in repeated experiments failed to achieve this result. I have great respect for Andrew Seluanov and his colleagues, but, but we need to wait for confirmation, which, according to rumors, likely will not.
Western scientists have repeatedly speculated that the longevity of diggers may be due to the fact that they live in an environment where very little food and where there is simply no extra calories. Will conduct experiments on the restriction of diet among the diggers?

— No, that’s complete nonsense. For diggers this is not typical. You need to split things up. The power supply restriction really extend life, this was confirmed in the experiments, ranging from unicellular yeast to human beings. For all of these cases were published work that has passed the re-test.

On the other hand, the criticism we and the Germans other biologists fed to satiety, anything they are not limiting. In such circumstances, the diggers live for more than 36 years and don’t think to die. So you see that the situation is different.

— Recently biologists from the United States showed that some worms can extend your life by almost half, declining from breeding and moving on to the so-called dorovskoy stage of development. Given the social structure of the colonies of diggers, where reproduces only one female, can we say that in them there is something similar?

— No, it is not so. Animal in the state of Douara can be compared to a man who was offended by the whole world shrank and ceased to actively respond to the outside world. This condition is, in fact, polarities and stagnation. Maybe that newly discovered Greenland sharks living for 400 years, are in this state.

If you look at the diggers, even briefly, you can ensure that they are not in this condition. They are very active creatures, they are incredibly active, see how they run by their lazy and in our nursery. So no, you can’t say their longevity is due to the transition in a similar probitie.

My colleagues came up with this humorous explanation for the longevity of diggers and as to why subordinate females live as long as the Queen of the colony – each of them dreams to become a mother, and are waiting to retire the current head of the family and it’s going to happen.