Named a country that can survive the zombie apocalypse 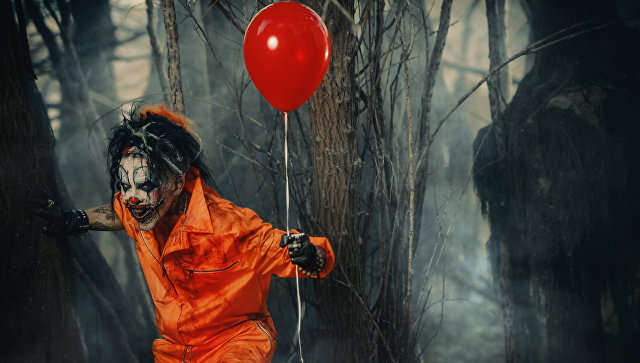 Mathematicians have found out that the invasion of a zombie can be stopped if the country where the “living dead” appeared, there is a fairly large army. This role is only suitable for North Korea.

“Our model has not only two” classical “populations of living beings – aggressive zombies and defenseless people, but also military.Our calculations show that the intervention of the military in the fight against this epidemic will be a key factor in saving humanity from extinction,” write Fernando Sato (Fernando Sato) and his colleagues from the Federal University of Jouisa-de-Fora (Brazil).

One of the most popular end-of-the-world scenarios today is the so-called “zombie apocalypse” – the destruction of humanity as a result of the rapid spread of some virus or bacteria that turn their victims into an extremely aggressive and unreasonable creature with only one emotion – a sense of hunger. When such a zombie bites other people, he passes on to them his infection and thereby helps the microbe spread.

Of course, this is unlikely to happen in the real world, but scientists are still actively studying such “zombie apocalypse”. Why do they do this? The point is that such “doomsday” scenarios allow physicians to calculate the consequences of outbreaks of incurable and deadly diseases such as the Ebola epidemic in West Africa and the Zika fever in Brazil, and find ways to contain them.

Sato and his colleagues asked themselves a reasonable question – such scenarios usually mean that people will not resist infection and will not try to physically isolate themselves from zombies by destroying them or creating insurmountable barriers to them. On the other hand, even Hollywood movies with their fantastic scenarios of invasion of “living dead” suggest that the army will make desperate, but usually unsuccessful attempts to destroy the zombies.

Brazilian mathematicians checked whether this was actually the case, creating a computer model of the “zombie apocalypse” in which there were three populations of people – military, zombies and civilians. All these groups of people, according to the idea of ​​scientists, have their own goals and tasks and compete with each other for the “living space” in the hypothetical city in which they live.

Periodically representatives of these “populations” run into each other, which ends with one of three possible options – zombies kill people, people kill zombies, or live dead or military turn civilians like themselves. In the end, one of the two sides of this conflict wins, or a kind of balance is established between them.

In the classic models of this conflict, the victors are always the zombies, but the addition of the military, capable of killing the living dead is more effective than ordinary people, dramatically changes the picture. Even if the military is short, they, as shown by the calculations of scientists, can significantly delay the time of the complete extinction of mankind.

If the military is large enough, about 46 soldiers for every thousand civilians, then the “zombie apocalypse” is canceled. In this case, they manage to destroy a sufficient number of living dead at the first stages of the spread of the epidemic before it grows to an uncontrolled level.

A similar army, as mathematicians note, so far has only one country in the world – North Korea. On the other hand, the scientists note that improving the fighting qualities of the army and creating vaccines that increase the resistance of the entire population to infection will protect both civilians and military from zombies and infections more effectively than simply increasing the strength of the army.