Named the cause of the mysterious anomaly in Antarctica 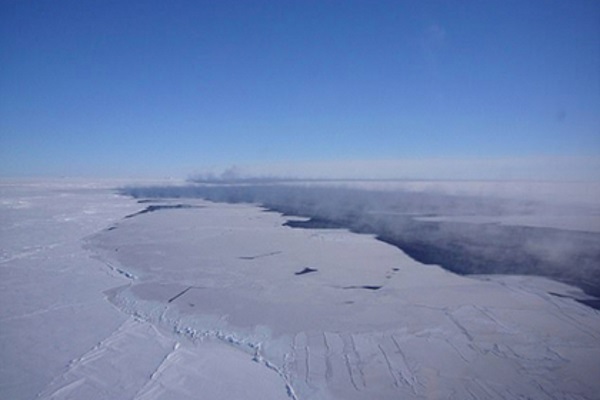 Scientists at New York University in Abu Dhabi determined the cause of the appearance of a giant polynya among the ice covering the Southern Ocean off the coast of Antarctica, in the Lazarev Sea. This is reported in a press release on Phys.org.

The researchers analyzed satellite observations and found that intense cyclones with a wind force of 11 on the Beaufort scale cause the ice cover to move in the opposite direction. A polynya occurs, which facilitates the transfer of energy between the atmosphere and the ocean and affects the regional climate. Experts believe that with global warming and increased winds, this phenomenon will occur more often.

Polynya Mod-Rise was spotted in September 2017, when sea ice reaches its greatest thickness. At the time of opening, its area reached 9,500 square kilometers and increased by more than 740 percent over a month, to 80,000 square kilometers. At the beginning of the summer months, when the ice began to recede, the polynya merged with the open ocean. This phenomenon was also observed in the 1970s, but for 40 years it was not possible to understand its cause.