Named the cause of what he saw in Russia “alien” signal 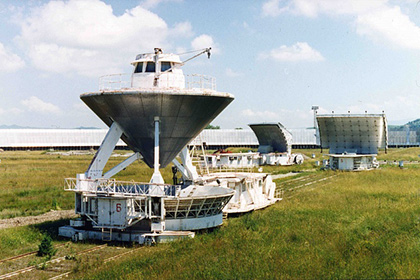 Sunzi believes that the source of the signal detected at the wavelength of 2.7 cm, which corresponds to a frequency of approximately 11 GHz, can be military transmitters. “God knows who or what is broadcasting at 11 GHz,” he said. — There is a significant chance that it could be something military.”

Astronomer advises the experts of the SETI project (Search for Extraterrestrial Intelligence), who has already shown his interest in the signal, to take this into account.

The signal from the system HD164595 Russian radio telescope RATAN-600 (radio astronomy telescope of the Academy of Sciences) adopted may 15, 2015. A single electromagnetic pulse at a wavelength of 2.7 cm was observed once, and its intensity exceeded the radiation of a pulsar 10 times. Known scientific theory does not help to explain the nature of this phenomenon, therefore, it was suggested that he created an alien civilization.