Named the richest man in history 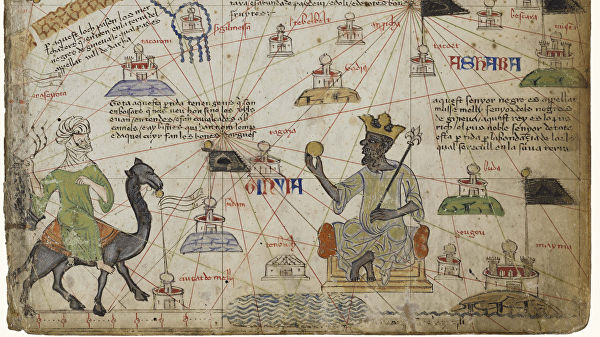 Researchers presented in the gallery of the American Northwestern University (Illinois) a reproduction of a medieval manuscript “Catalan Atlas”, which, according to scientists, depicts the richest man in history. This is the portal of Live Science.

The map was created in 1375 on the Mediterranean island of Mallorca, which is now part of Spain. In the center of the composition at the crossroads of trade routes is depicted the West African King Mansa Musa, holding a gold coin in his hands.

Mansa Musa rules the medieval state of Mali for about 30 years in the first half of the 9th century. According to the exhibition curator Kathleen Bickford Berzok, Musa fully controlled gold mining in the region, and the noble metal from these places was considered the cleanest, and therefore the most sought-after on the market.

In the 9th century, Malian gold was used for minting dinars, which then were the dominant currency. The content of the deciphered Arabic texts of those times confirms that the coins were made of gold mined in the territories controlled by Musa.