Named the time of almost complete destruction of the Earth 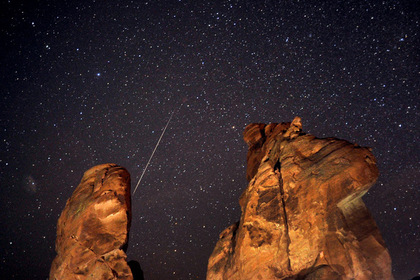 An international group of astronomers has determined the exact time of the migration of gas giants in the solar system, which occurred about 4.48 billion years ago. This indicates that the bombardment of the Earth by asteroids and protoplanets, which melted and sterilized the entire planet, could end faster than the results of previous studies had suggested. This was reported by Science Alert.

Scientists have created a model of planet migration by analyzing the chemical composition of ancient asteroids and moonstones. The previous attempt at dating was made on the basis of moonstones collected during the Apollo mission, and the result was 3.9 billion years ago. However, these data could be distorted by the late collisions of meteorites with the moon. If we take into account all the surviving meteorites that fell to Earth, then the end of the heavy bombardment occurs 4.48 billion years ago.

The constant fall of meteorites and asteroids to Earth was caused by the restructuring of the solar system. Jupiter and Saturn migrated closer to the Sun, while Uranus and Neptune, on the contrary, moved away. As a result, a large number of comets, asteroids, and protoplanets arose. It is believed that the Earth formed 4.56 billion years ago, so the first hundred million years it was in molten form due to the bombing and did not have the conditions for the appearance of life. Only 4.4 billion years ago, some microbes could already live in isolated ecosystems.