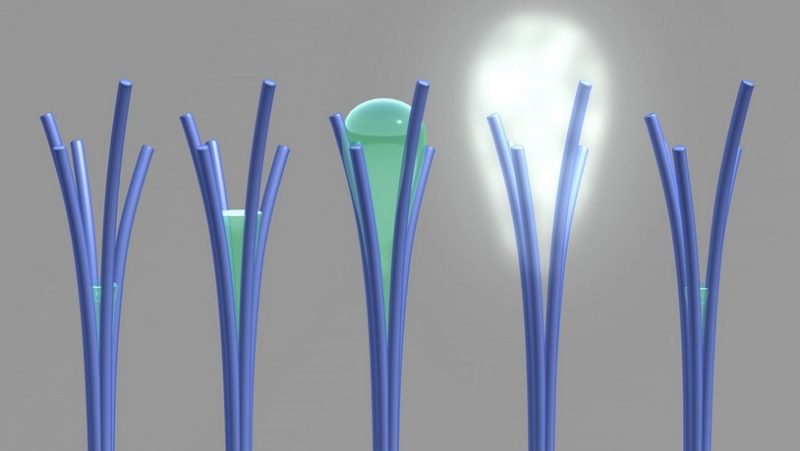 Sometimes it is accidental discoveries that lead to most serious consequences. Researchers from the us Pacific Northwest National Laboratory” found that the rods of carbon-rich nano-material originally produced for another, the failed experiment can be an ideal means of collecting water.

When the humidity is relatively low (below 50 percent), the rods absorb water through its pores. However, when the humidity increases, they emit are overweight or obesi water in vapor form. An amazing property of this material that water appearing in the form of a condensate on a bunch of these nano-rods, due to their surface tension causes them to first hold and then push the water out.

If scientists can improve the shape of these nano-rods and “force” them to allocate water stably and uniformly (while only 10-20 percent behave this way), it can lead to major consequences.

This would be an ideal way of collecting and treating water in arid climates: you can collect water from the air until, until there is a sufficient amount to drink. In the opposite case, this invention can be used for the manufacture of anti-sweaty fabric that absorbed eye-catching sweat and then could point it in the air. In other words, we would gain direct control over how and when to water.