Nano-Weapons and the Death of Mankind 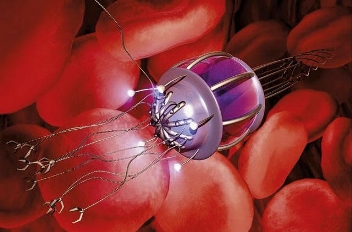 Louis Del Monte, a well-known physicist, former head of microelectronics engineering at IBM, a developer of technologies for Honeywell and Samsung, author of research on artificial intelligence, this spring released his new book “Nano Weapon: A Growing Threat to Humanity” (Nanoweapons: A growing threat to humanity). 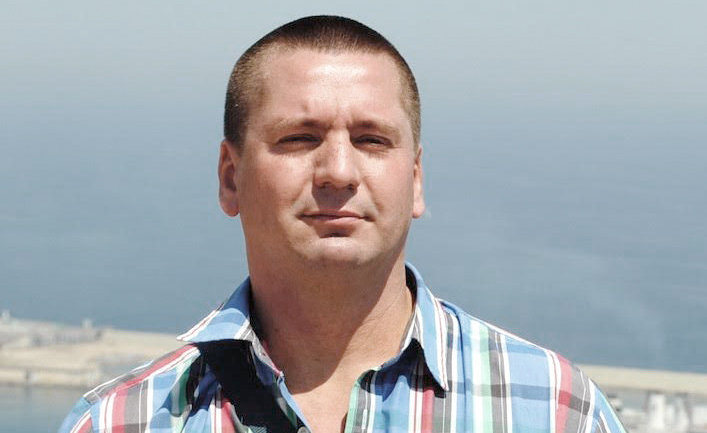 Del Monte predicts that by the end of the 2020s terrorists will be able to gain access to the nanoweapot and will be able to use nanobots (nanorobots) to commit terrorist attacks, for example, for infecting water systems in large cities or poisoning people with injections. Nanodrons, according to Del Monte, can also become tools of biological warfare.

Over the miniaturization of drones, military laboratories have been working for a long time. Last year, DARPA was able to boast of the results of its program to create fast lightweight autonomous drones. A small drone without operator control, without GPS navigation and relying only on its sensor system, was able to fly through test labyrinths at a speed of 20 m / s. The next task is to reduce the size and weight of all systems so that the drone can operate quickly and independently inside the premises.

In 2014, researchers from the US Army Laboratory presented miniature wings 3-5 cm in length, robotic miniature legs and motors with a diameter of 2-3 millimeters. According to the researchers, in 10-15 years they will be able to create military robots-insects.

This, of course, is far from being a nanoscale, but it is an obvious vector in the development of military technologies.

In 2010, the Pentagon expressed concerns that nanotechnology would lead to the creation of an explosive artificial micro-dust, the nanobots would be able to deliver biological weapons, act as weapons themselves, and even nanobots would fall into the hands of soldiers when they breathed into their lungs and disable them.

By the way, in the summer of 2016, RIA Novosti, referring to the Venezuelan pro-government portal Aporrea, wrote that the Venezuelan authorities link Hugo Chavez’s death with a nanowire. According to Aporrea, US and nanotechnologies could be involved in Chavez’s poisoning: “Nano-weapons can transport various types of nanoparticles that can provoke a large number of diseases such as heart attack, cerebral circulation, respiratory arrest, insanity, AIDS and others.” According to Aporrea, the development of the nanoweapon began in the US in 2003 at the initiative of President George W. Bush, and $ 3.7 billion was allocated for this purpose.

Nano-weapons were also recalled after the recent death in Malaysia of Kim Jong-nam, the half-brother of North Korean leader Kim Jong-un, since in theory toxins can be delivered to the body by nanoscale carriers.

Luis Del Monte himself in his book predicts that autonomous nanobots will be able to collect their copies, that is, reproduce themselves. Managing millions of nanobots can be a huge problem, and software failures can lead to unpredictable consequences. For example, a lost one million or two military nanobots can begin destroying the wrong targets or civilians.

Another danger, according to Del Monte, is the emergence of technologies for creating miniature atomic bombs that can be used by terrorists for a variety of purposes. Also, the scientist claims that the US, Russia and China are already investing “billions” in the development of the nanoweapons and that a new arms race is threatening the world, much more dangerous than what was happening with nuclear weapons.

Interest in the Nano-Weapon resumed after the Nobel Prize in Chemistry was awarded in 2016. It was received by Jean-Pierre Sauvage, Sir James Fraser Stoddart and Bernard L. Feringa for developing and synthesizing molecular machines. Scientists managed to deduce molecular machines from the state of equilibrium, it became possible to create a miniature version of the engines. This opens great prospects for nanobots. The Nobel Committee compared the development of Sawaz, Stoddart and Feringa with the creation of the first electric motor in 1830 and predicted that molecular machines would change the entire way of life of mankind, just as electric motors did once.

Today, the media mainly discusses the medical aspects of using nanobots for human treatment or for creating new materials, but the military application is also evident.

In this light, the forgotten global theory of “gray mucus”, which was voiced in 1986 by Eric Drexler (Eric Drexler), is again recalled. It is assumed that self-replicating nanomachines will act as machines not only for creation but also for destruction, breaking down and continuously processing the substance and consuming energy for its copying. And instead of programmed destruction, for example, only of rockets or reactors in Iran, nanobots will start to devour all the rest. Or they can be programmed by terrorists for uncontrolled self-reproduction.

In 2000, the ideas of Drexler were developed by Robert Freitas (Robert Freitas). He divided the “gray slime” into subspecies: “gray plankton” – nanobots in the oceans, “gray dust” – nanobots, extracting substances necessary for replication directly from the air, “gray lichen” – nanobots on the surface of the Earth, and “killers of biomass” , Which destroy living organisms. To combat the “gray slime” Freitas offered to accumulate an army of “good” and preferably non-self-replicating nanobots that can be used to neutralize the “bad.”

The war of the future may look like a war of invisible nanobots, and not as battles of robots or cyber battles. Luis Del Monte believes that it is the possession of a nanowire in the 21st century that will determine who is a superpower and who does not.