Narvala were “snipers” in echolocation 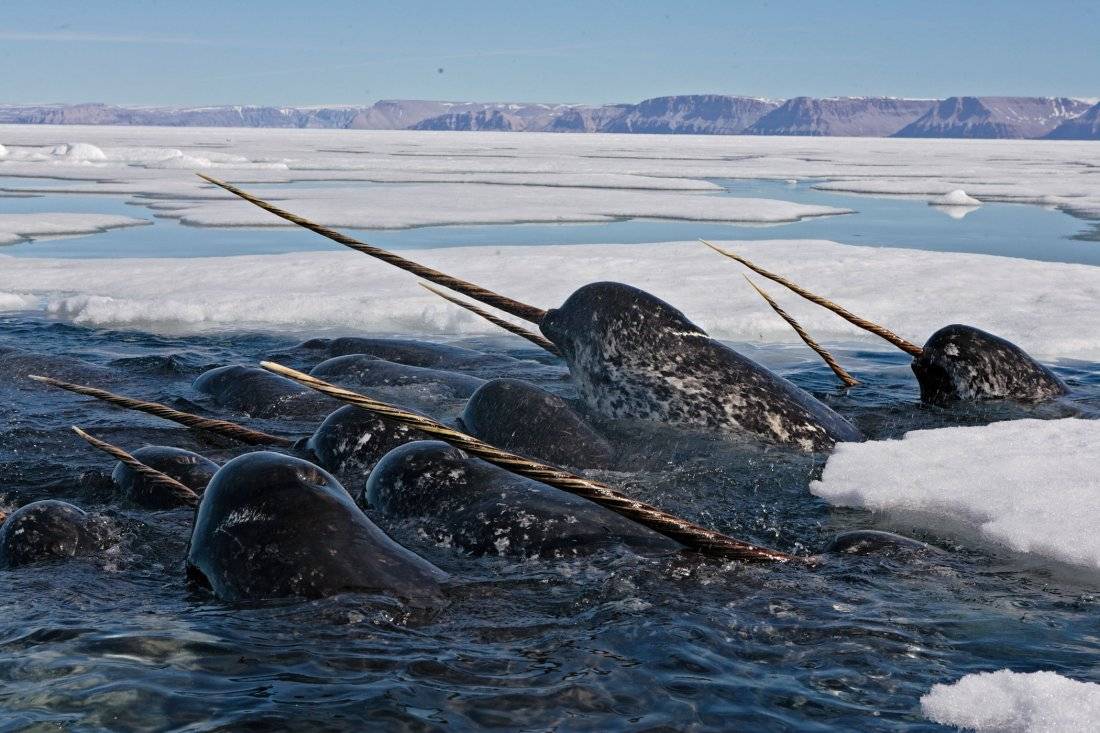 The German scientists came to a conclusion that vocalization of narval has the most accurate directivity among the animals using echolocation. Results of operation are published in PLOS ONE log.

Monodon monoceros — marine mammals who treat a suborder the zubatykh of whales (Odontoceti). For orientation in space and hunting these animals, as well as bats, use echolocation, that is the ultrasonic waves reflected from environmental objects (frequency it is higher than 100 kilohertzes). For comparing, the person is capable to perceive only a sound with a frequency from 0,016 to 20 kilohertz. At the same time narvala — one of the most vulnerable to climate change of marine mammals also have the status the close to vulnerable situation.

According to the statistics, about 80 percent of narval winter in Baffin Bay in the Arctic Ocean where the amount of ice in recent years was considerably reduced. In the summer many individuals migrate to the water area of the Canadian Arctic archipelago, in particular to Lancaster Sound. It is expected that because of thawing of ices this passage will become in the year-round shipping way in the nearest future. For long-term monitoring of populations of narval scientists created a referensny basis of signals which those emit.

During operation authors wrote signals at a depth from three to 18 meters in Baffin Bay. Results showed that cliques of narval have chrezvyvchayno exact directivity, that is have very low beam angle of a sound. Comparable feature only white whales (Delphinapterus leucas) — the immediate family of narval which jointly form family the narvalovykh (Monodontidae) have. According to scientists, such accuracy is necessary for animals, for example, for search of sections of open water: in places of their dwelling the area of an ice covering reaches 98 percent.

Earlier international group of scientists also showed that ability to perceive ultrasonic waves arose at the zubatykh of whales already at the beginning of their evolution, and premises to this ability arose even earlier, than whales appeared.