NASA and ESA will build a deep space outpost 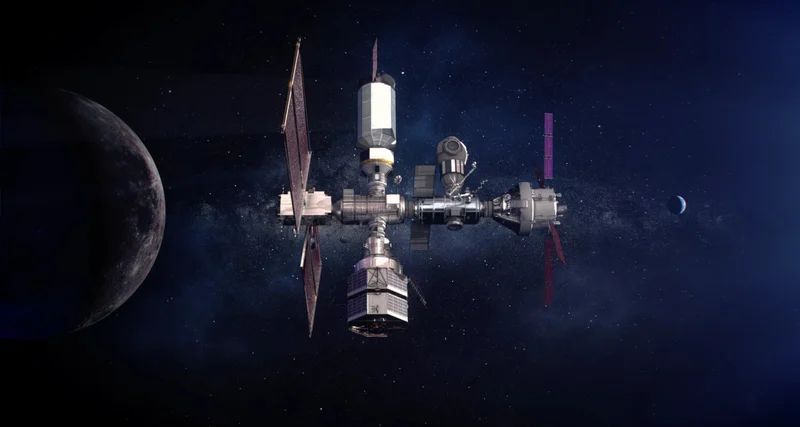 NASA and the European Space Agency (ESA) signed an agreement to build a Gateway station in space as part of the Artemis program to return the United States to the moon.

To fly to the Moon “in one go” is rather expensive and inconvenient. The future Lunar Gateway station will help reduce the cost of transporting people and enhance the capabilities of lunar missions. Under the new agreement, the Europeans will build part of the modules for this station

The Lunar Orbital Platform-Gateway station project was presented by NASA back in March 2017. This space outpost is slated to be ready by 2024 and act as a staging ground for sending astronauts to the moon.

According to NASA, a one-sixth-sized gateway platform of the International Space Station (ISS) will be assembled from several different modules and launched into halo orbit. In this orbit, the station will rotate near the Lagrange point L1, where the gravitational fields of the Earth and the Moon are balanced.

As soon as the platform is ready, the Orion spacecraft with the astronauts can dock to it. On board the airlock, the crew will be able to remotely control the lunar rovers or board the vehicles for descent to the lunar surface. According to a new agreement between NASA and the European Space Agency, the latter is obliged to create living and fueling modules for the mission, as well as a lunar communication system.

ESA will be able to operate its modules from the ground. In addition, the agency will build two more European service modules for the Orion spacecraft, which will house the propulsion, power, air and water systems for the crew capsule. The station will be able to use both state space agencies and private companies that decide to send their missions to the moon. Also, the orbital gateway platform will be a kind of testing ground for testing technologies for sending astronauts to Mars and demonstrating remote control and testing the long-term reliability of autonomous systems.