NASA and Roskosmos discuss a joint mission to Venus 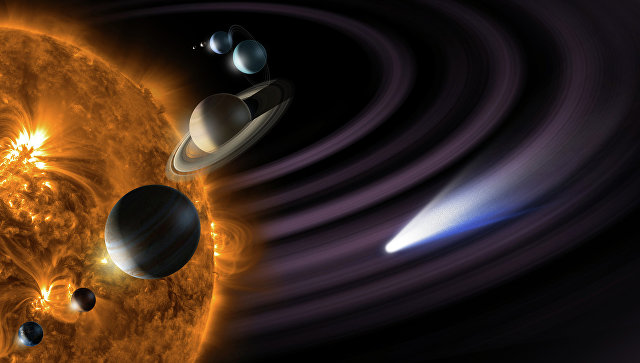 NASA confirmed interest in the flight of the automatic station to Venus planned by Roskosmos state corporation and already worked several scenarios of flight with the Russian scientists.

The mission Venus-D was included in the Federal space program for 2006-2015, but didn’t enter the program for 2016-2025. The Venus-D project is aimed at creation of the long-living station on Venus which will be able to research both a surface, and the atmosphere of the planet.

“In October of this year the joint working group offered several scenarios of the project in which the Russian and American competences supplement each other. After that we had a conversation with the deputy director of NASA Deyva Newman, she confirmed interest in the Venus D project — the newspaper quotes Green.

He also noted that the possible cooperation on project implementation Venus-D is discussed with NASA about two years within a joint working group which part the Russian and American specialists are.

As reported the newspaper in the press service of Roskosmos, at Venus-D there are all bases to declare oneself as about the new large-scale international project.

“At large forums interest in a cooperation according to the new research program of Venus from Europe, the USA and China was already shown. The comprehensive program of researches of Venus is considered: both orbital device, and subsatellites, and atmospheric probes. Distribution of efforts and responsibility of the participating parties for separate elements of a mission will help to increase the level of technical developments and scientific return of experiments” — told the edition in the press service of state corporation.

The press service confirmed to the NASA newspaper that during Newman’s visit to Moscow the question of joint survey of Venus was discussed. However representatives of management emphasized that “it was just discussion and wasn’t reached any formal agreements”.

According to the edition, start of a mission “Venus D” can take place at the end of 2026: such date is offered by scientists proceeding from planetary trajectories. At the same time it is noted that “in Roskosmos aren’t ready to be signed under this date yet” as financing of some programs for a research of space was reduced in the context of the general sequester of the Federal space program.