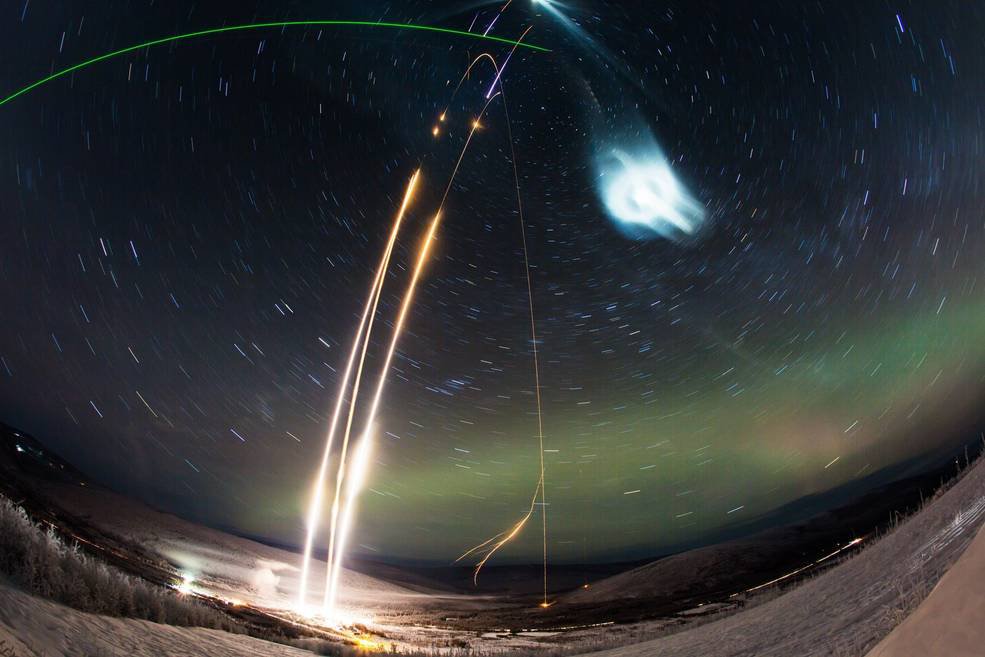 Since the late 19th century, researchers have been exploring the northern sky looking for noctilucent clouds that shine in the dark. These are polar mesospheric clouds (PMC) and they are thin jets of ice crystals. To better study them, NASA has created artificial analogs of such clouds.

PMCs appear at dusk in the summer months at high latitudes. They are composed of ice crystals at an altitude of 76 to 85 kilometers above the Earth’s surface. Usually such clouds cannot be discerned during the day, but after sunset the last rays of the Sun reach this height, making the clouds glow against the background of the darkening sky.

“What is of great interest about these clouds is their sensitivity. They are on the verge of survival in the upper atmosphere, where it is incredibly dry and incredibly cold, ”- Richard Collins, lead author of the study.
Collins and his colleagues decided that these clouds may have something to do with the presence of water vapor in the upper atmosphere. To test this, they loaded a suborbital rocket with water and launched it into the skies over Alaska.

To make sure they don’t mix their artificial clouds with natural clouds, they decided to launch the rocket into the winter pre-dawn sky, when conditions seem much less favorable for the formation of natural noctilucent clouds than in summer.

The explosion of a canister with 206 liters of water occurred at an altitude of 85 kilometers and after just 18 seconds a laser beam from the ground lidar detected a faint silvery cloud. In three minutes, the cloud dropped to a height of 78 km.

To figure out what happened and why the cloud formed, the team needed to get creative. Although they had measurements of the temperature of the atmosphere, they did not have direct measurements of the temperature of the cloud, so they performed simulations of the formation of noctilucent clouds. The simulated conditions under which the cloud formed allowed the team to infer a temperature change that should have taken place in the experiment.

They found that the combination of a drop in temperature and an increase in freezing point allows two temperatures to intersect, which in turn causes water vapor to freeze into ice crystals.

“For the first time it has been experimentally demonstrated that the formation of polar mesospheric clouds in the mesosphere is directly related to cooling by water vapor,” – Irfan Azim, co-author of the study.

This could explain why noctilucent clouds seem to follow space launches, the researchers said. Water vapor is a common runoff in the exhaust gases of spacecraft, and scientists have observed this connection on numerous occasions during the Arctic summer.