NASA has created a humanoid robot to fly to Mars 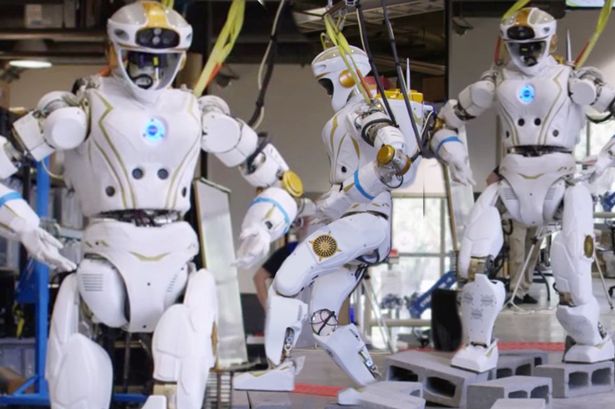 American specialists have created a humanoid robot “Valkyrie”, which they plan to send to Mars in the future to help colonizers and researchers. On Thursday, June 15, a video with tests of the robot was published on the Internet.

In past versions of the “Valkyrie” only stood on one leg and performed the most elementary actions. Now the robot has become like a human being and can walk independently.

The humanoid is equipped with two hundred sensors installed on different parts of the body. To assess the situation and make a route, he uses lidars. Information obtained from optical sensors helps to determine the characteristics of the surface and make the right move.

The growth of the Valkyrie is almost 2 meters, and the weight is 125 kilograms. The author of the project is the Lyndon Johnson Space Center. The control algorithm and software were developed by specialists of the IHMC Robotics Institute.