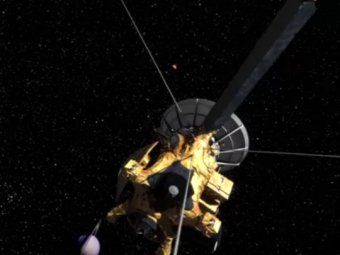 NASA scientists have unveiled video of the descent of the Huygens probe on Titan. The video was assembled from images taken by the camera during the mission.

Cassini-Huygens is a cooperative project of NASA, ESA and the Italian space Agency. Operational project management is carried out by the jet propulsion Laboratory in California in the interests of NASA.

The main goal of the project is the study of Saturn, its rings and largest satellite of the planet Titan. The mission launched 15 October 1997 from Cape Canaveral in Florida on 1 July 2004 entered the orbit of Saturn, and December 25, 2004 from the Cassini satellite separated probe Huygens. On 14 January 2005 it landed on Titan’s surface.