NASA launched a device for studying the sun 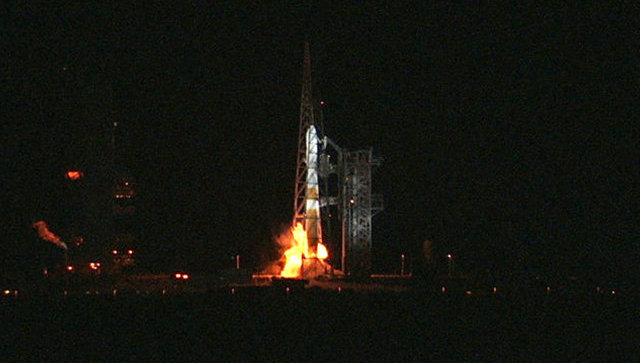 The launch vehicle Delta IV Heavy started in Florida with a probe from Parker Solar Probe, which will study the solar corona, NASA broadcasts the launch.

Launch of the United Launch Alliance-owned missile was given at 10:40 Moscow time from the cosmodrome at Cape Canaveral (Florida). The rocket should lead to a high elliptical orbit an apparatus the size of a small car. For this launch, one of the most powerful missiles in the world has now been equipped with an additional third stage. As reported by ULA, solid-fuel third stage Star 48BV is provided by Northrop Grumman Innovation Systems.

Parker Solar Probe, which is named after astrophysicist Eugene Parker, will have to make 24 turns around the Sun within the next seven years. The creators of the probe expect that it will be able to approach the star at a distance of 6.1 million kilometers above its surface. So close to the Sun had not previously approached any man-made probe.

Parker Solar Probe is equipped with a number of tools located under a massive thermal shield that must protect the probe from a “sunburn”, including a camera, a device for measuring the magnetic and electric fields in the solar atmosphere, as well as two tools for measuring and monitoring particles ” solar wind “.

Previously, NASA was informed that the first approach of the device to the Sun will take place in November, the first pictures received by him will be transferred to Earth in December.