NASA plans to launch a star probe to study the Sun 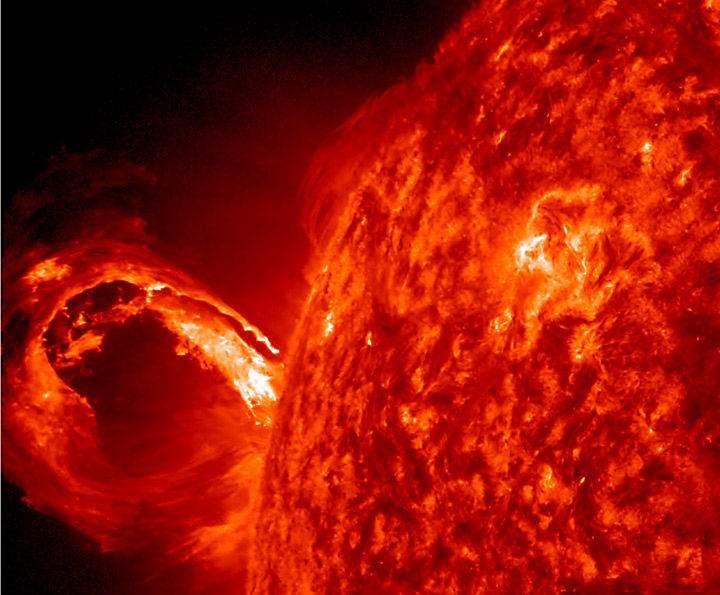 Our Sun may seem to ordinary people not as mysterious as the exotic distant star, but it still conceals many mysteries, unusual miasma spewing hot plasma. NASA decided to lift the veil of secrecy and send its probe to investigate the anomalies of our sun.

The sun and its anomalies, of course, deserve the attention of the scientific community: for example, accidental flash on the star can disrupt satellites and cause many countries (including Russia) damages in the trillions of dollars. However, despite the proximity of our sun, many related phenomena still remain for scientists debated. For 60 years studies they did not understand why on the surface temperature only 5500оС, while the sun’s halo, or “crown” stands out from the surface at several million kilometers and 12 orders of magnitude less dense, heated to a phenomenal 1-2 million degrees Celsius! In order to put the last point in this dispute, the spacecraft NASA to fly up as close as possible to the Sun and touch him.

We know that magnetic reconnection (the process where magnetic field lines from different domains to come together and rebuild) causes the wave energy to disperse in all directions, both during the testing of nuclear weapons. At the same time, magnitosoprotivlenie waves (they vibrate more like guitar strings) diverge after the plasma flow, thus transferring the energy from the surface to the crown. It’s a working hypothesis, but without additional data, the understanding of such phenomena as coronal heating and acceleration of the solar wind remains a simple theory. But the wait is not long.

Area NASA, the launch of which is planned for 2018, will hold in the space of 7 years, setting a new record: he will come to the Sun at 37 600 000 km closer than any spacecraft ever studied our star. But exactly how engineers have designed a device that can withstand such high load? Mary Kay Lockwood, an engineer of space systems, says that the design is based on 4 basic of the tool. System Solar Wind Electrons Alphas and Protons systems, or SWEAP, will track the charges generated by collisions of electrons, protons and ions, gels, analyzing the composition and properties of the solar wind at a distance 90 times greater than all of his predecessors. Another module of ISIS (Integrated Science Investigation of the Sun), will use its detection system for the analysis of energetic particles.

The other two devices, the sensor FIELDS and the telescope WISPR (Wide-field Imager for Solar Probe), also play a role. The first will deal with the analysis of electric and magnetic fields, radio emissions and wave distortion, at the same time collecting data on high-speed dust particles around. The second will allow for 3D scanning of both the solar wind and the atmosphere and surroundings of the Sun.

Read more about how will pass the examination, you can read the article Ian Graber-Steele on the portal of Popular Science.