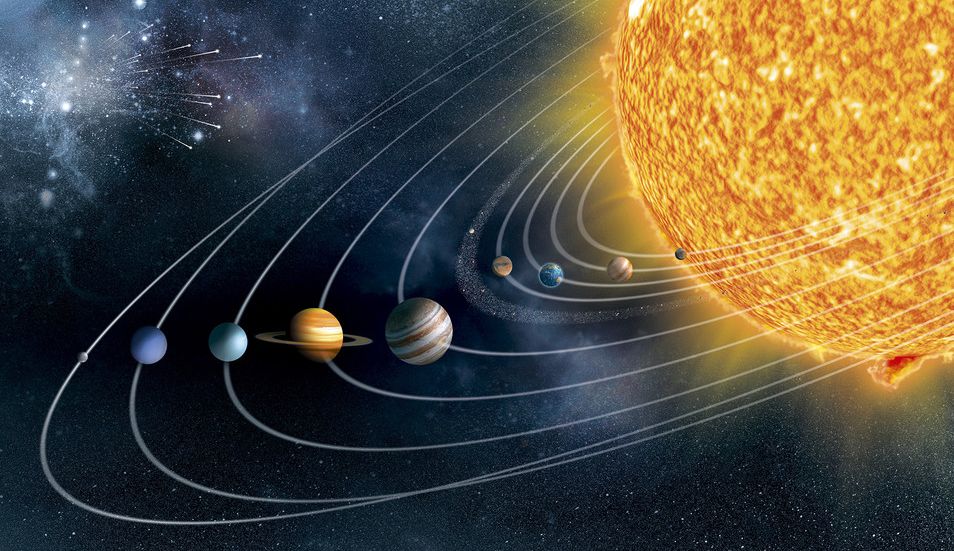 Despite the fact that the US space agency NASA employs a huge number of specialists in various fields, the recruitment of new employees never ceases. At any opportunity, NASA management contracts with teams of scientists from universities around the world, as well as with private researchers. This time, in addition, were formed as many as four teams that will study the solar system.

Teams will be part of the so-called Virtual Institute for the Exploration of the Solar System (SSERVI). The first group of researchers will study the moon. The second will begin to study asteroids, located a short distance from the Earth. The third and fourth will be involved in the study of the Martian satellites of Phobos and Deimos. All four teams will be funded from the budget of the space agency over the next five years. After that, a decision will be made to continue cooperation or to terminate the contract.

The first team of scientists works at the University of Colorado and plans to involve in research their vast experience in robotics, cosmology, astrophysics and heliophysics. The second team is actively working on the Toolbox for Research and Exploration (TREX) project, aimed at introducing new methods in the study of asteroids and other celestial bodies. The third team is based at the Georgia Institute of Technology and is currently studying the effects of radiation on various materials created on Earth. The same team of researchers created a prototype device, which in real time will show astronauts the amount of radiation that they receive in the process of performing space missions.

The last, fourth group is working on the ESPRESSO project, which will allow NASA to better understand and, if possible, prevent the consequences of all sorts of dangers waiting for astronauts and robotics in space and alien planets. Four groups of scientists were selected from the 22 teams that took part in the competition for the right to become part of SSERVI. The annual budget of all four groups will be from 3 to 5 million dollars, which is rather modest. But NASA does not have to choose, because the Congress somewhat tempered the appetite of the agency, reducing the initially announced budget by almost $ 400 million.