NASA showed an unusual map of the Earth 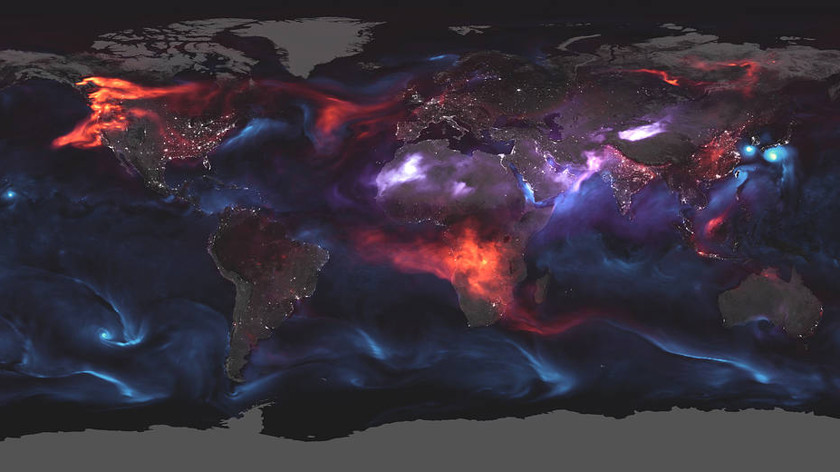 Specialists of the National Aerospace Agency created a map of all dispersed particles in the atmosphere of our planet.

To create a unique map in NASA used information from various satellites, as well as data from ground-based sensors. All the images were put together to show the distribution and motion of the dust masses.

On the map, both dispersed particles of natural origin and dust of anthropogenic origin are clearly visible. The smoke from forest fires in North America, the ashes of slash-and-burn agriculture in Central Africa, the sand of the Sahara can all be seen on the map. In South-East Asia, typhoons led to the release of a large amount of sea salt into the atmosphere, and in Central Asia, among the relatively “dust-free” space is the sandy tail of the Takla-Makan desert.

To create a map in NASA came very seriously, and not only shoveled a huge array of images, but also carried out mathematical modeling of dust formation processes. Thanks to this, specialists were able to accurately determine the concentration of dispersed particles in different regions.