NASA showed how life on Earth changed for 20 years 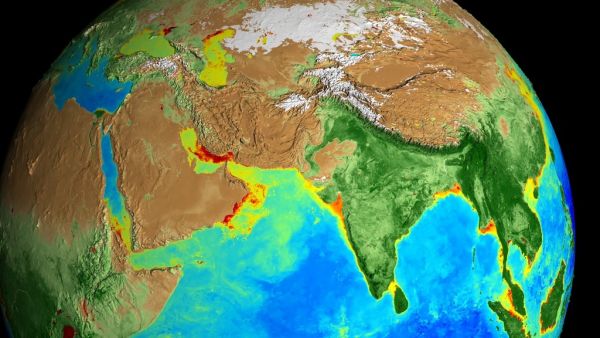 NASA published a video in which in just a few minutes it was shown how the life on the planet has changed over the past 20 years.

The video shows our planet, its “breathing”, seasonal changes. So, you can see how the snow cover on the North and South Poles periodically increase and decrease, just as the same happens with the “green” parts of the Earth.

The visualization was performed using images from various satellites. In particular, the SeaWiFS device launched by NASA in 1997 and collecting data on ocean life, as well as such meteorological satellites of the agency as Terra, Aqua and Suomi NPP.

Scientists monitor how plant life has changed over the past 20 years to better understand how ecosystems respond to changing climatic conditions. For example, studies show that an increase in sea-surface temperatures makes life difficult for phytoplankton (photosynthetic organisms living in water); this means that in the ocean there are fewer organisms capable of absorbing carbon dioxide – a greenhouse gas, which is the main trigger of global warming. The video also shows the consequence of this process – the gradual reduction of Arctic ice.