NASA surprised at drop in air pollution due to antiviral restrictions 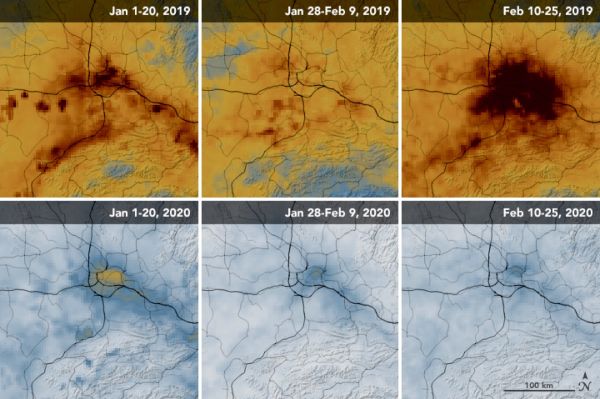 Since the first restrictions adopted in connection with the Covid-19 pandemic, scientists have recorded a decrease in the levels of carbon dioxide and other pollutants entering the planet’s atmosphere. By some estimates, cleaner air can reduce deaths even more than coronavirus can increase. However, the new figures obtained by NASA scientists are impressive even against the backdrop of such optimistic data.

The authors carried out a computer simulation of atmospheric dynamics in 2020 under conditions in which no lockdowns were introduced. They were interested in the amount of nitrogen dioxide, a pollutant released into the air when burning fossil fuels and therefore closely related to the work of industry and transport. Comparing the figures obtained with real data, scientists found that the global concentration of nitrogen dioxide fell by 20 percent.

In large cities, this drop was especially noticeable, ranging from 20 to 50 percent. China’s Wuhan, where the pandemic kicked off and where restrictive measures were adopted earlier than anywhere else in the world, was the first to see pollution levels drop by as much as 60 percent. Milan followed the same decline, and, for example, in New York it was 45 percent.

“This drop was kind of a surprise to me,” says research team leader Christoph Keller. “In recent decades, many countries have already done a lot to reduce nitrogen dioxide emissions, <…> but our results clearly show that there is still a very large contribution associated with the actions of the people themselves.”