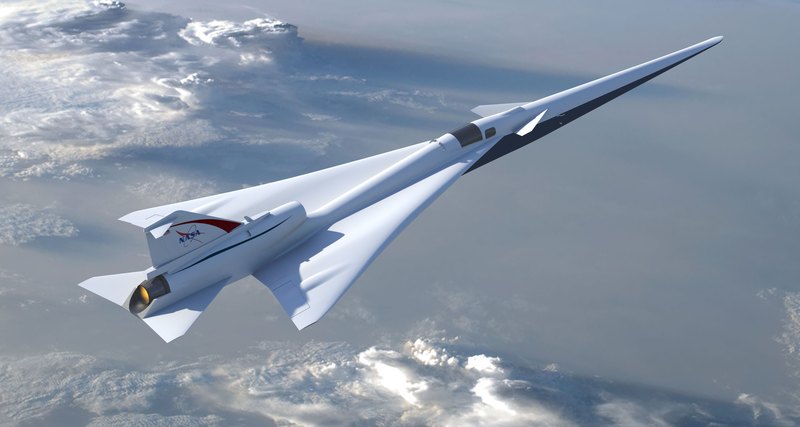 NASA decided to deal with supersonic aircraft. On the order of the agency Lockheed Martin will build a new aircraft called the Demonstrator of low sound impact. A machine the size of an F-16 will be designed to reduce noise from a sonic boom.

The first flight of the aircraft is scheduled for the summer of 2021, after which NASA plans to launch it at a speed of 1.4 Mach numbers over a vast territory, including residential areas. The idea of ​​the program is to create an airplane with reduced noise from a sonic boom during the transition of a sound barrier, so city residents will be asked if they heard noise and how much they were annoyed.

NASA intends to share information obtained after the tests with government authorities to “use it and change the current rules that prohibit supersonic flights over land,” says Javon Shin, NASA administrator at a press conference. “We will test this aircraft above the ground and at supersonic speed, but quietly.”

The design of the future aircraft is designed so that it can use parts from other jet planes, for example, a T-38 flashlight, a landing gear from the F-16 and various components from the F / A-18. The GE 414-400 engine is used on the Boeing F / A-18E / F Super Hornet.

The whole thing is in the shape of the future aircraft. Long (about 29 meters), with an unusual form of wings, it will be deprived of the protruding parts in the bow, and the pilot will receive visual information from the camera system, as the natural view will be very difficult for him. It is the shape that prevents the occurrence of a sonic boom, which is heard over many kilometers.

According to plans, it will reach a maximum of 70-75 decibels. For example, in “Concorde” this indicator was at the level of 105 decibels. The agency hopes that, having received such data, government agencies will allow this type of transport flights over land and cease to prohibit the appearance there of any aircraft capable of overcoming the sound barrier.