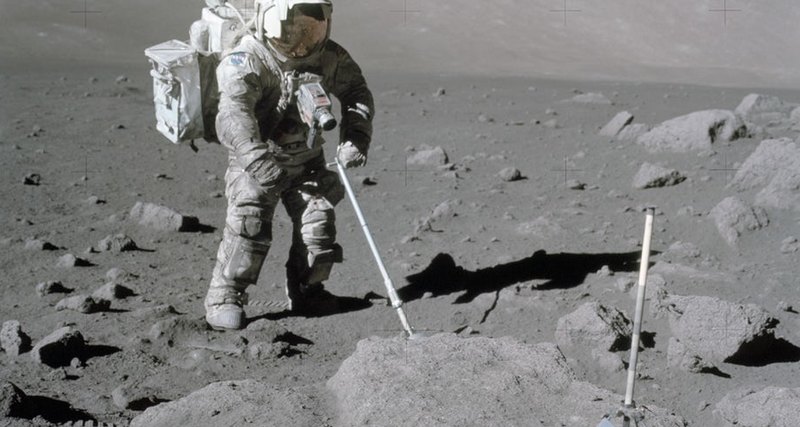 Almost 50 years have passed since the last Apollo missions reached the lunar surface, but not all the samples collected at that time were studied. Now NASA is preparing to study a number of intact samples using modern scientific tools: this is expected to provide valuable information on the composition of the natural satellite of the Earth.

Among the samples that NASA is preparing to study is a sample from the Taurus-Taurus-Littre Valley (Taurus-Littrow Valley), which weighs about 800 grams and includes material not only from the lunar surface, but also from deeper layers, obtained using a special tube astronauts Harrison Schmitt and Eugene Cernan during the Apollo 17 mission and still not exposed to the earth’s atmosphere.

NASA, according to New Atlas, has selected nine research groups from various organizations (including the NASA Goddard Space Flight Center), which will analyze the lunar samples within the framework of The Apollo Next Generation Sample Analysis (ANGSA) program. According to Dr. Charles Shirar (Dr Charles Shearer), the head of one of the groups (which – along with five more – and will study the above sample), now is the right time to study these samples, as currently available, new, more advanced technologies that can help you learn more about materials collected about 50 years ago; however, new information, as Shirar says, may be useful for future lunar missions being prepared by NASA and partners. As noted, new tools can be especially useful for a detailed study of lunar landslide deposits (in particular, they can make it possible to determine the age of landslides with greater accuracy).