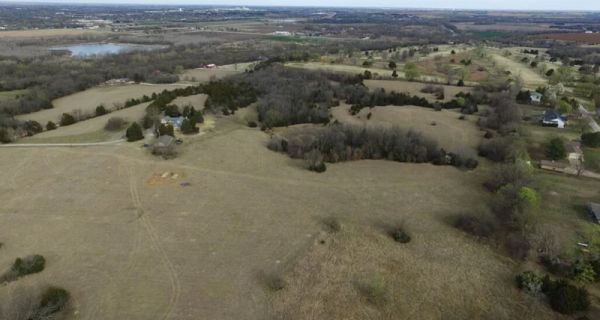 Remote-sensing devices mounted on drones have found large earth mounds under cattle pasture in Kansas. Researchers suspect it is part of one of the largest Native American settlements north of Mexico. Before the arrival of the Spanish explorers, this huge city was home to thousands of people.

Specially equipped drones flying over a cattle ranch in Kansas have found the remains of a horseshoe-shaped ditch built over 400 years ago by the ancestors of the current Wichita tribes and located on a hill.

It turns out that the suspicions that this site once existed a metropolis of the indigenous inhabitants of the continent, which Spanish explorers in 1601 dubbed the Great Settlement, are not in vain, said Jesse Kasana of Dartmouth College and her colleagues. 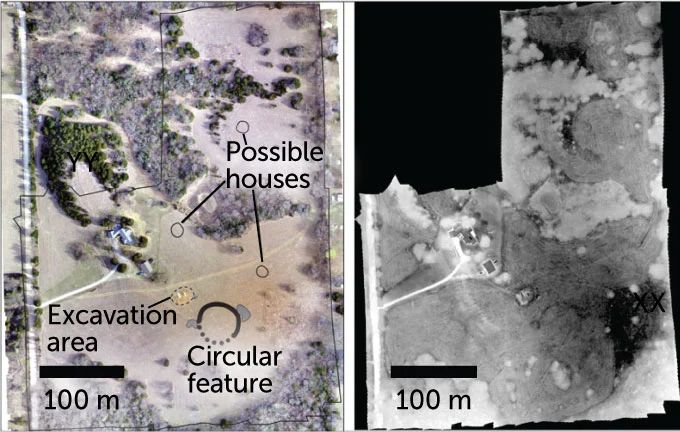 The city may turn out to be one of the largest, located north of Mexico. In the meantime, the largest city is considered to be Cahokia, found on the territory of modern Illinois and existed from 1050 to 1150. There were 20,000 people living there.

The discovered earthen rampart runs along a moat two meters wide and forms a semicircle with a diameter of about 50 meters, which is very similar to other round earthworks of the Wichita Indians, previously discovered about 230 kilometers north of the new find. These are the so-called “circles of light”.

“Apparently, we found the sixth circle of the council and the only one that was not destroyed,” says archaeologist-anthropologist Donald Blakesley of Wichita State University.

It is unclear why Wichita needed circles of light. Researchers suggest that these structures are either places for ritual ceremonies, or the homes of the elite or defenses.

Archaeologist Susan Wehik of the University of Oklahoma in Norman said obsidian, shells and other exotic materials were found in similar circles. The elite may have been hiding there during the attacks.

In the region, archaeologists have unearthed many artifacts that belonged to the Wichita tribe – stone tools and kitchen utensils, as well as 17th century Spanish artifacts, including a horseshoe nail and bullets. It was these findings that led to a new study using drones, whose equipment measured the thermal and radiation differences in the soil.

The drone images also show traces of two pits at the ends of the semicircular structure. Perhaps they were dug to build an embankment within a semicircle. The researchers also suggest that erosion could partially destroy part of the embankment, and the rampart initially formed a vicious circle.