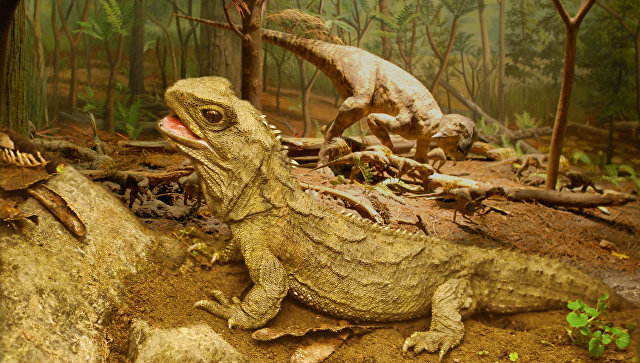 One of the main processes of evolution – natural selection – unfolds right before our eyes. Over the past half century, there have appeared on the Earth insects that are not afraid of pesticides, mice that are not sensitive to poison, and bacteria resistant to antibiotics. Who and how adapts to unfavorable conditions?

In the summer of 2017, a group of scientists from Harvard University observed the populations of small lizards Anolis scriptus, who live in the Turks and Caicos Islands in the West Indies. Four days after the end of the expedition, the hurricanes Irma and Maria fell on the archipelago. Six weeks later, the biologists returned there to re-collect the data.

It turned out that after the disaster, the lizards have changed markedly – the fingers on their paws were on average longer, the forelimbs larger, the body shorter, and the femurs less. Scientists have suggested that these signs helped reptiles survive the hurricane, and now they will be fixed in the next generations of Anolis scriptus living on the islands. 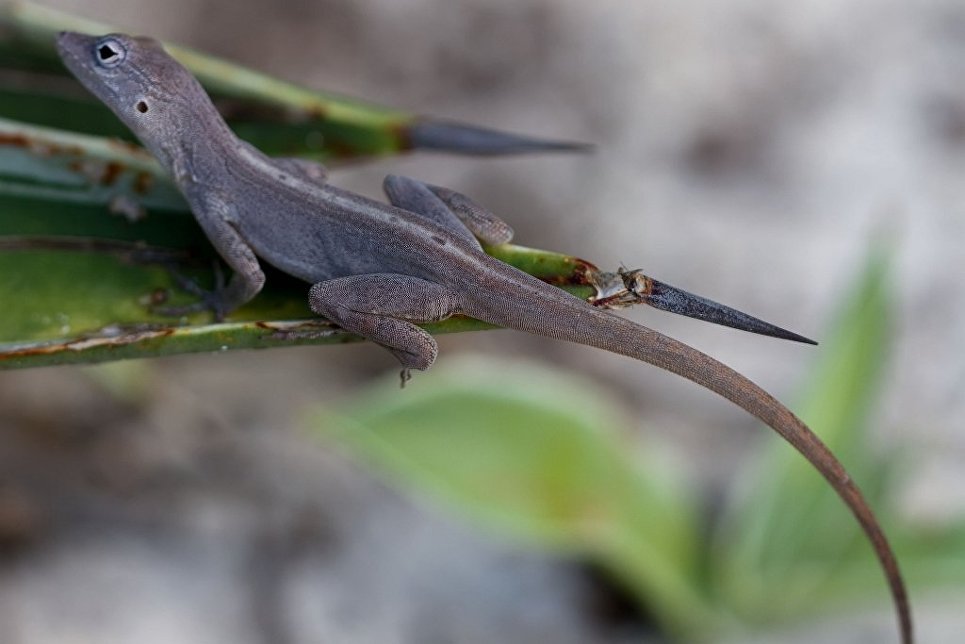 After the hurricanes “Irma” and “Maria” in 2017, the appearance of the lizards Anolis scriptus, living on the islands in the West Indies, has changed – in surviving animals, the toes on the paws were on average longer, the forelimbs are longer, the length of the body is shorter

So, thanks to the raging elements, the researchers first observed natural selection in nature. Prior to this, the processes of adaptation of living organisms to changing environmental conditions and speciation were artificially modeled in laboratories.

More often than not, the object of study was bacteria – they multiply quickly enough, and the genome is small in size, which allows for a relatively short time to investigate the processes for which more complex organisms take thousands of years. The most famous experiment, which began in 1988 and continues to this day, was put by a group of scientists from the University of Michigan, led by evolutionary biologist Richard Lenski.

In February 1988, researchers created twelve populations of one Escherichia coli Escherichia coli strain (E. coli) and placed them in an artificial environment where the only source of food was glucose. In addition, citrate was present in the solution, but E. coli could not feed them. 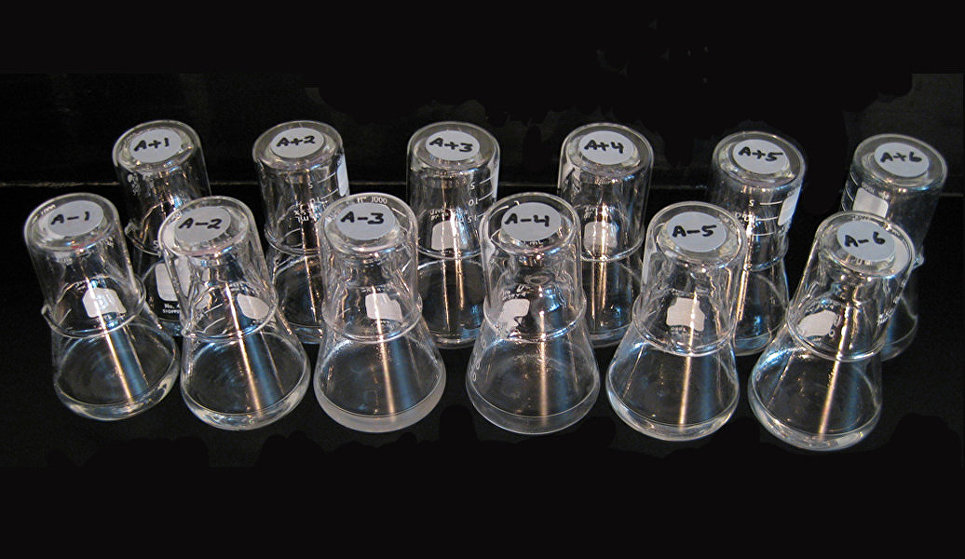 Twelve populations of E. coli bacteria, the evolution of which scientists have observed for 30 years

Over thirty years (more than 68 thousand generations of E. coli replaced), the bacteria in all populations were enlarged and learned to absorb nutrients more efficiently, including citrate. Mutations that allowed E. coli to adapt to the habitat in all populations were different, but occurred in the same genes – each bacterial community tried to find its way in evolution.

Sometimes complex organisms adapt to environmental conditions not for millennia, but much faster. For example, the Podarcis sicula walled lizards that live on one of the islands in the Adriatic Sea, in just 36 years, changed the size, shape of the head and the structure of the digestive tract, although genetically they are still indistinguishable from relatives living in other places.

In 1971, the researchers transported five pairs of adult Podarcis sicula specimens from Pod Pod Kopiste to the neighboring Pod Markaru. The conditions on the new place resembled habitual habitats, but there were practically no land predators, and after thirty years the reptiles that spread throughout the island were outwardly different from the relatives on Pod Kopiste. 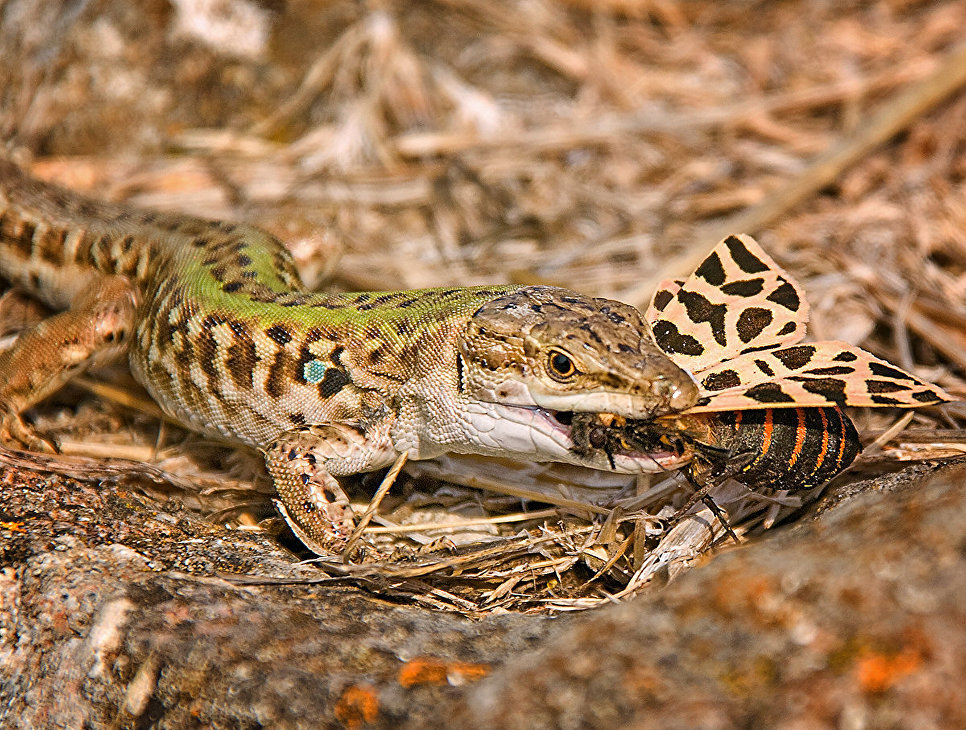 The wall lizard (Podarcis siculus) on migration to the island Pod Markaru changed externally: it became larger, its hind legs shortened, and in the gastrointestinal tract appeared the ileocecal valve

The lizards-immigrants increased in size, they began to run slower (they had shortened their hind legs), their heads looked more massive, and their teeth were stronger, because they had to eat on Pod Marcaru mainly on hard and fibrous plants, and not insects, as before. Due to changes in the diet, the animals also developed a new structure in the gastrointestinal tract – the ileocecal valve, which forms in the intestine peculiar fermentation chambers in which the microbes break down the indigestible pieces of plant food.

Life on the island makes smarter

In general, island animals, as a rule, are more interested in scientists than their continental relatives, – on islands evolution is faster. Large animals, getting into isolation are small, small, on the contrary, become huge, and sometimes in a very short time.

Life on the islands sometimes gives and quite unexpected advantages. As the international group of scientists found out, having analyzed the data on the brain size of eleven and a half thousand birds belonging to the 1931 species, the brain of the island birds is larger than that of the mainland relatives, and this is the result of evolution. 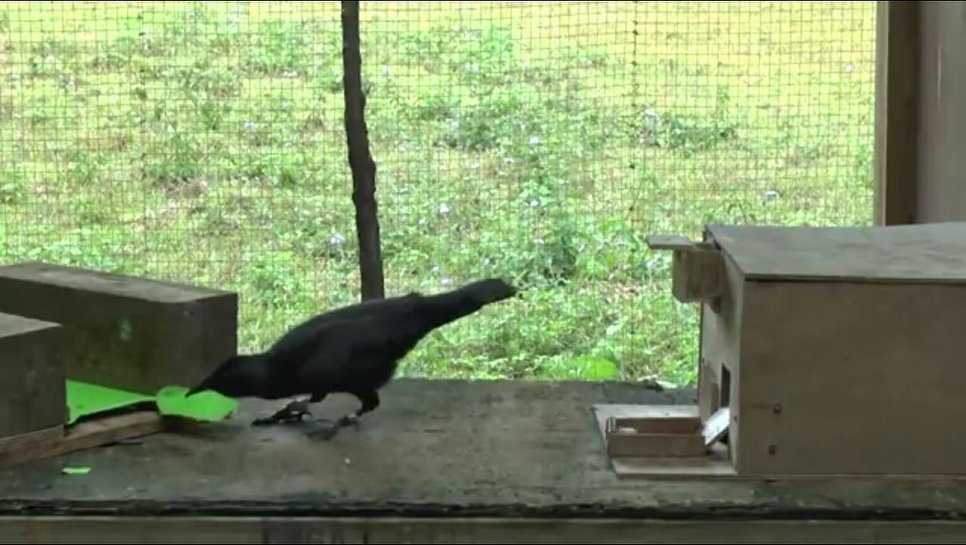 New Caledonian Crow makes a “currency” for a vending machine

The habitat conditions on the islands are less predictable, and if the situation worsens, it is more difficult to move to another place than on the continent. Therefore, a large brain, capable of more complex adaptive behavior, serves as an evolutionary advantage. These conclusions are confirmed by the observations of the New Caledonian crow (Corvus moneduloides), who can use the instruments of labor and recreate them from memory, and woodpecker wood finch (Camarhynchus pallidus), capable of using tools and even processing them.

Mice that can not be poisoned

Unfavorable conditions of habitation force promptly to evolve and mainland animals. This happened with ordinary brown mice. Since the 1950s, they have been poisoned with poison warfarin – individuals that are resistant to this pesticide, already met in 1964, and by 2011, scientists have described a population of house mice (Mus musculus domesticus), on which warfarin does not work at all.

So fast adaptation (60-70 years – nothing by evolutionary standards) occurred due to the incredibly fast multiplication of these rodents. As the German researchers point out, resistance to poison is the result of a mutation in the vkorc1 gene present in the genomes of all mammals and responsible for the work of vitamin K.

Constant attempts of a person to destroy these or those pests and parasites, as a rule, go sideways. It was the desire to conquer deadly infections that led to the emergence of antibiotic-resistant super bacteria, and the desire to protect plants from insects – to the spread of animals resistant to pesticides. Over the past half century, more than two and a half cases of adaptation of insect pests to various poisons have been recorded.