Neanderthals cared about the elderly and disabled 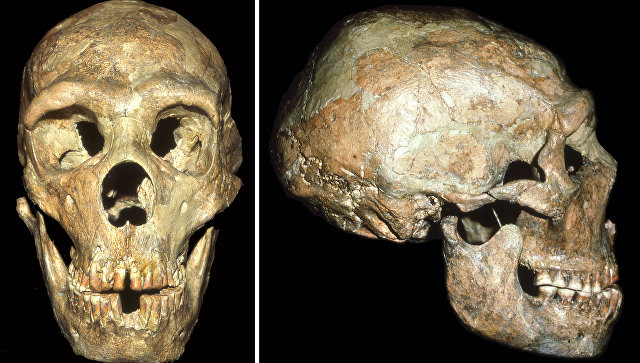 Neanderthals continued to care for fellow tribesmen even in those cases if they became deaf or lost limbs, which refutes the myth of the heartless and cruel nature of these ancient people.

“This Neanderthal man not only lost his hand, limped and had other serious injuries, but was also deaf, which should make him an easy prey for the predators that reigned then in Asia, and his survival depended entirely on the good will of his fellow tribesmen. All this indicates that humanism was inherent even to Neanderthals, “said Erik Trinkaus of the University of Washington in St. Louis, USA.

For a long time anthropologists and paleontologists believed that the Neanderthals, the European “cousins” of our ancestors, were considerably inferior to them in cultural development, without the gift of speech, culture, religion and even the ability to kindle a fire. Over the past five years, all these, as it turned out, myths were successfully smashed with new finds in Croatia, Israel and Spain.

For example, recently, scientists discovered necklaces made by Neanderthals, as well as various samples of Neanderthal rock art, and found that these ancient people were able to cook various broths for the treatment of diseases, use “chemistry” to kindle campfires and had quite complex funeral rites.

Trinkaus and his colleagues found, they believe, yet another confirmation that the Neanderthals were not stupid and cruel creatures, as anthropologists of the early 20th century believed, studying the artifacts and fossils found in the Shanidar cave in northwestern Iraq.

This cave was discovered as far back as 1957, and since then, the remains of Neanderthals and many instruments of labor of the Aurignacian culture, presumably belonging to the first people of Eurasia, have been found there, as well as many other traces of the stay of these ancient protolyuds.

The attention of scientists attracted the skull and skeleton of an old enough Neanderthal man – a man of about 40 years old – covered with a variety of different injuries, cuts and other traces of injuries.

Traces of various injuries, including fatal, anthropologists have found before, however, as Trinkaus notes, no one has previously tried to understand how the life of such Neanderthals or Cro-Magnons changed after they survived the attack or accident.

In this case, as shown by the analysis carried out by Trinhaus and his colleagues, we are dealing with a real invalid of the Stone Age. Having survived the attack, the Neanderthal man lost his right hand, received a severe blow to the upper half of his face, which disturbed his sight and deprived him of hearing, and also began to limp on his right leg.

In favor of this speaks several things at once: the facial bones of his skull were severely deformed, including the orbitals, and the small cartilages that were inside his ear canals partially fused and interfered with the operation of the eardrums, which indicates the development of almost complete or even 100% deafness. The right ear, as shown by observations of scientists, in principle could not perceive sounds, and the left, at least, suffered from partial overlapping of the auditory canal.

The presence of such traumas and the rather venerable age of the Neanderthal man, according to scientists, is an unequivocal proof that the ancient people courted elderly and traumatized tribesmen, despite the fact that they did not help the survival of their groups and were a burden to them.