Near Britain found a sunken ship with treasures 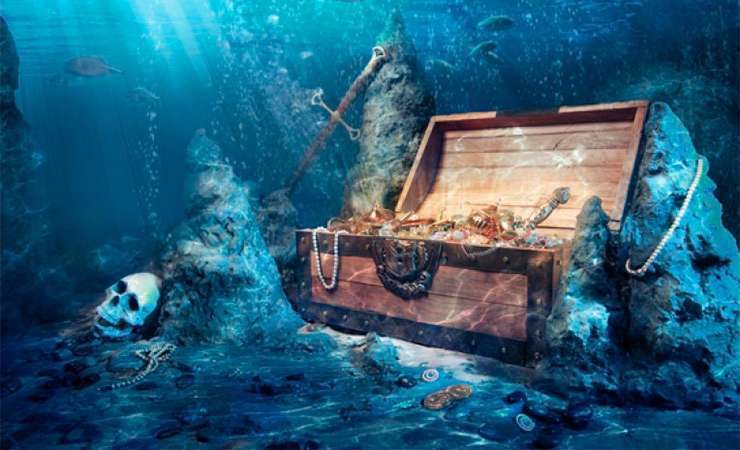 British scientists, led by underwater archaeologist David Gibbins, found parts of a merchant ship that sank in the 17th century, transporting treasures, the current value of which is approximately $ 10 million. Researchers have discovered guns and anchors, but the location of the treasure is still unknown.

British ship The president, owned by the East India Company, sank in 1684, when it returned from India, loaded with pearls and diamonds. During the storm, almost all the team members who survived the attack of pirates and exhausted by prolonged hunger died. Survived only two people who managed to cling to the rocks and get to the shore of Mounts Bay, located near the city of Portable (England). Subsequently, the Dutch cartographer Johann van Kellen noted the place of the shipwreck on the map of the county of Cornwall.

The possible remains of the vessel were first found by divers for almost 20 years, but the act on the protection of wrecks in 1973 made it difficult to study them. Since then, fragments of the ship have been covered with sand.

The governmental organization Historic England allowed Gibbins and his team to investigate the wreckage of the President, who, because of recent storms, once again appeared on the surface of the bottom. During the survey, underwater archaeologists discovered seven cannons and anchors belonging to the ship and are only a few meters from the coast at a depth of less than seven meters.

According to experts, since the shipwreck, the treasures carried by the ship have remained untouched. They can be found in the course of further research.

Earlier on the eastern German island of Rügen in the Baltic Sea, hundreds of thousand-year-old silver coins, rings, pearls and bracelets associated with the era of the Danish King Harald Gormsson were found.