Near the 4600-year-old pyramid in Egypt, found a mysterious grave 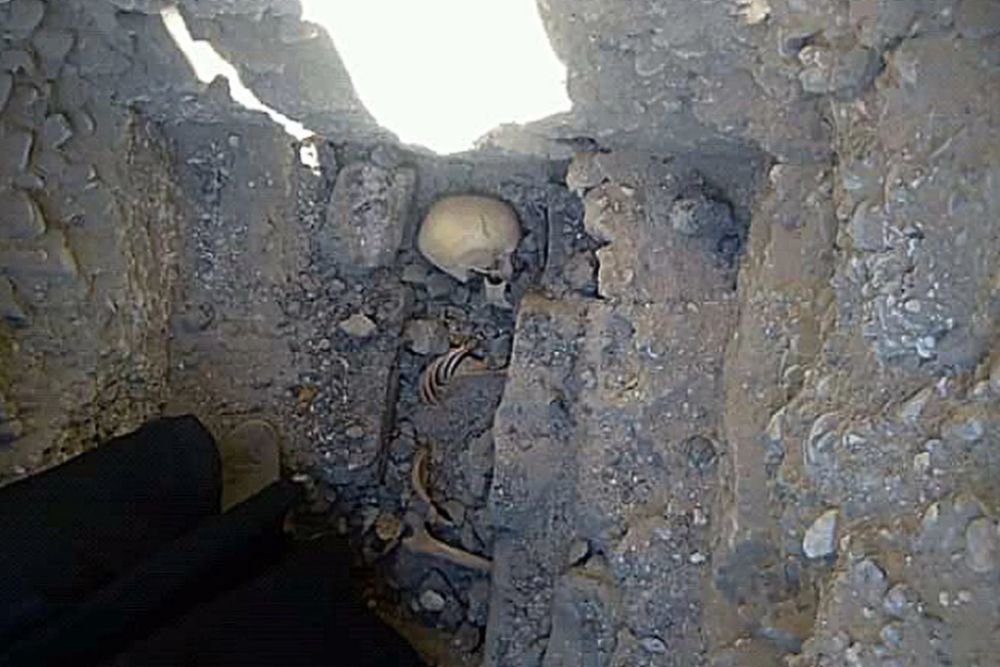 Archaeologists from the mission of the Ministry of Antiquities of Egypt discovered the remains of a teenage girl who was buried next to the pyramid of 4600 years old.

About the discovery tells the magazine Live Science. The remains were found in an ancient cemetery, located next to the partially destroyed pyramid of Meidum. It is considered one of the oldest, it was cocked about 2600 BC.

Scientists have determined that the skeleton belonged to a teenage girl. At the time of her death she was about 13 years old. Archaeologists were surprised by the burial itself. The body was located inside a small stone tomb, in which there were no other remains or ritual objects. In addition, the body was squatting. Archaeologists have not yet managed to establish the age of the burial.

Two bull heads and three small ceramic vessels were also found in the cemetery. They were probably intended as ritual offerings.

In addition, remains of a brick wall were found, which probably surrounded the cemetery.