Near the coast of the United States, a giant “dead zone” 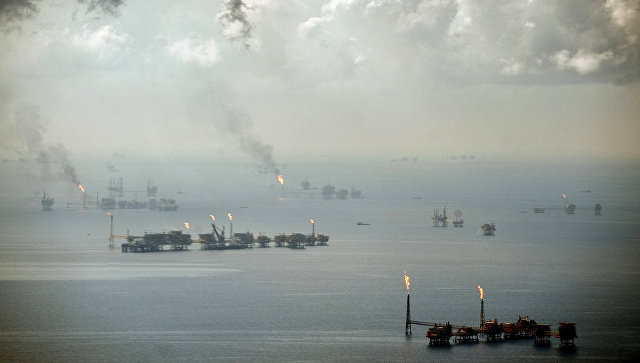 Scientists have found a giant “dead spot” off the southeastern coast of the United States, comparable in size to Wales or Israel, the press service of the University of Louisiana.

Areas of the oceans with a reduced oxygen content, the so-called death zones, are formed as a result of pollution of water with fertilizers and industrial wastes. The ingress of nitrates and other compounds into the rivers, and then into the coastal regions of the sea, leads to a rapid multiplication of unicellular algae. In the process of their decomposition, the level of oxygen in the water drops. Most animals do not survive in such conditions.

In recent years, ecologists and oceanologists have found more and more hints that global warming accelerates the growth of such “dead spots”, especially in the tropical and equatorial zones. Today, a similar fate befell about seven percent of the oceans and seas of the Earth.

One of the largest zones of this kind, says Nancy Rabalais of the University of Louisiana, is located in the northern part of the Gulf of Mexico, off the coast of Texas and Louisiana.

As Rabalais and her colleagues discovered, the size of this “dead spot” has increased dramatically in recent years – its area has grown about three-fold, and now it covers a territory comparable in size to Israel, Wales or any other small country in the world. Now the “spot” occupies a firm second place among the “dead zones”, second only to the bottom of the Arabian Sea.

Unlike many other spots caused by warming of water, weakening or strengthening of currents and other consequences of global warming, the person is to blame for the birth of this “death zone”.

The waters of the Mississippi and other rivers flowing into the Gulf of Mexico contain a huge amount of fertilizers and organic impurities, rich in nitrogen, phosphorus and other important nutrients. When they get to the Atlantic, they cause a rapid flowering of algae, which leads to the same consequences as the formation of natural “dead zones”.

The rapid growth of this “spot”, as scientists say, indicates that farmers and agro companies are using more and more fertilizers in the fields, despite the attempts of regulatory bodies to limit their application. If this trend continues in the future, the boundaries of the zone of death will continue to grow rapidly.