Near the pyramid of Cheops discovered an unknown tomb 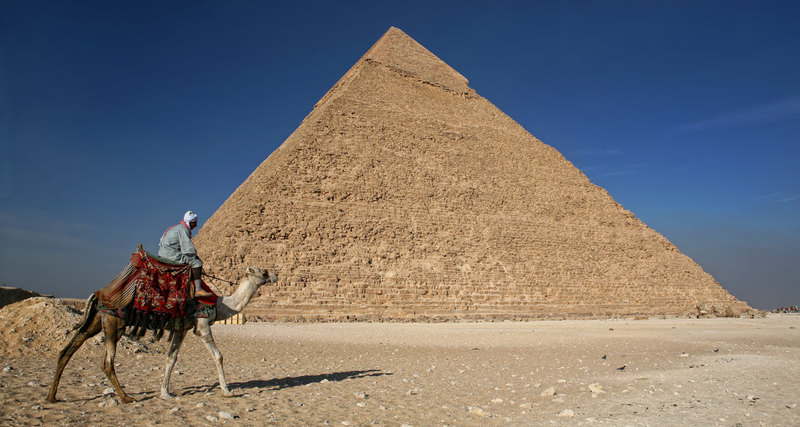 “Black archaeologists” found in the area of ​​the complex of the pyramids of Giza, a previously unknown tomb, which may be related to the pyramid of Cheops located in close proximity.

Rogues conducted their excavations at night right inside a private residential building 30 meters from the famous pyramid. Police detained the intruders, and the Egyptian Ministry of Antiquities began to investigate their findings.

According to the available information, “black archeologists” made a hole in the floor of a residential building, which leads to a long corridor and several halls cut down in stone, in one of which stone male statues with damaged heads were found. An ancient ceramic vessel was also found. The scientists who examined the excavation site suggested that the tomb belongs to the most ancient times of Egyptian history, possibly to the fifth dynasty of the pharaohs (approximately 2504 – 2347 BC). It may be connected by catacombs with other tombs and even with the pyramid of Cheops, the newspaper writes.

According to the former Minister of Antiquities of Egypt, Zahi Havas, the area where the find was made is known for the fact that ancient buildings and tombs can be found under a residential area. Therefore, the authorities strictly prohibit residents from making independent excavations, and archaeological missions cannot conduct excavations here, since the area is densely built up with houses.