“Neon” waves appeared on the coast of Southern California 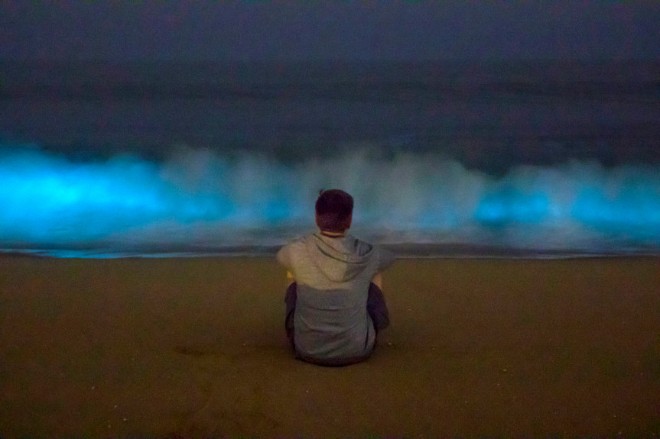 A rare surf phenomenon illuminated by a bright blue glow was seen on the coast of Newport Beach in Southern California. A similar spectacle in this area can be observed every few years, according to the Pacifica Tribune.

The red tide that appears offshore often becomes a clue that bioluminescence can be observed near the shore in the evening. Eyewitnesses describe the amazing sight as “the big waves that look like on the land of the Avatars, they are so blue.”

The reason for the phenomenon of bioluminescence during the surf is dinophytic algae, which give the water a bright blue color. During the day, photosynthetic organisms rise to the surface closer to the light, creating a thin, dense layer on the water.

Red tides are unpredictable, and not all of them cause bioluminescence. There is no red tide monitoring program in the United States yet, but the Southern California Coastal Ocean Observing System conducts weekly sampling for potential harmful toxins from algae.

Scientists do not know how long the current red tide and the associated glow of the surf in the evenings will last. Previous events recorded in 2018 lasted from a week to a month, experts at the Scripps Institute of Oceanography at the University of California, San Diego said.