Nerve cells of newborn move on the brain 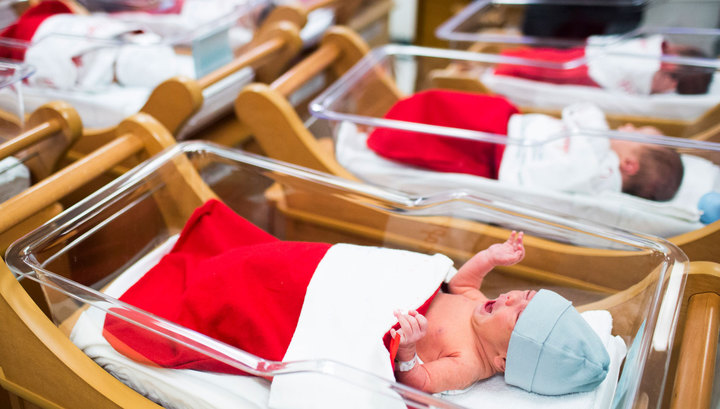 It may seem incredible, but scientists in California have discovered a mass migration of nerve cells in the brain of the child. During the first months after the birth of hordes of neurons move through the cortex to take their permanent seats.

The frontal lobe of the cerebral cortex of infants plays an important role in the primary process of cognition, because here are centers that are responsible for physical activity, action planning, emotional behavior and personal characteristics. So previously, neuroscientists believed that the formation of this region ends long before the birth of the child. But a new study published in the journal Science, show that many neurons continue to move and integrate into neural circuits even in the first months of life.

In some previous works was first discovered by the group of immature neurons, even after the birth of the child continued to migrate in a small area of the brain located above the eyes. Now a team of scientists from the University of California in San Francisco decided to test whether this phenomenon in other areas of the anterior cortex.

One of the tenets for neurologists was that after birth the body produces only point installation and adjustment of neural networks, says study leader Mercedes Paredes (Paredes Mercedes). Our data reveal another stage in the development of the brain, which we didn’t even know existed.

The team has been experimenting with the brains of babies who died from heart disease and other illnesses affecting the nervous system. Scientists took thin tissue sections and in special circumstances supported life of the cells over two days. Exploring samples under a microscope, they noticed that the neurons of the unusual elongated shape characteristic of migrating cells, which continued on its way and often used as guide blood vessels.

The analysis was discovered whole clusters of immature nerve cells located in the deep layers of the frontal lobe of the brain. Magnetic resonance imaging showed that migrating neurons form a vast arc above the lateral ventricles of the brain, which starts at the level of the eyebrows and goes back to the top of the head.

Using viral markers, scientists have traced the movements of the neurons that was reminiscent of a similar migration in the formation of the fetus. Nerve cells move from the region of the lateral ventricles to the outer cortex. The most active migration continues in the first three months of a child’s life.

With the help of special antibodies that identify a type of neurons, Paredes and her colleagues found that the majority of migrating cells are inhibitory neurons, which suppress excitation in neural networks.

Surprisingly, these cells can find their way to their precise positions in the cortex of the brain, says study co-author Arturo Alvarez-Buylla (Arturo Alvarez-Buylla). – In the early stages of fetal development the brain is much smaller and the fabric is much less complicated, but at a later stage is quite long and difficult journey.

According to experts, the migration of inhibitory neurons begins after the child receives the first signals from the outside world, and there is a need for a more precise tuning of the processes of excitation and inhibition.

Now the team plans to study the process of movement of nerve cells in children with various neurological problems. Quite possibly, in violation of the migration process, or incorrect integration of inhibitory neurons lie the causes of such diseases as epilepsy and autism.