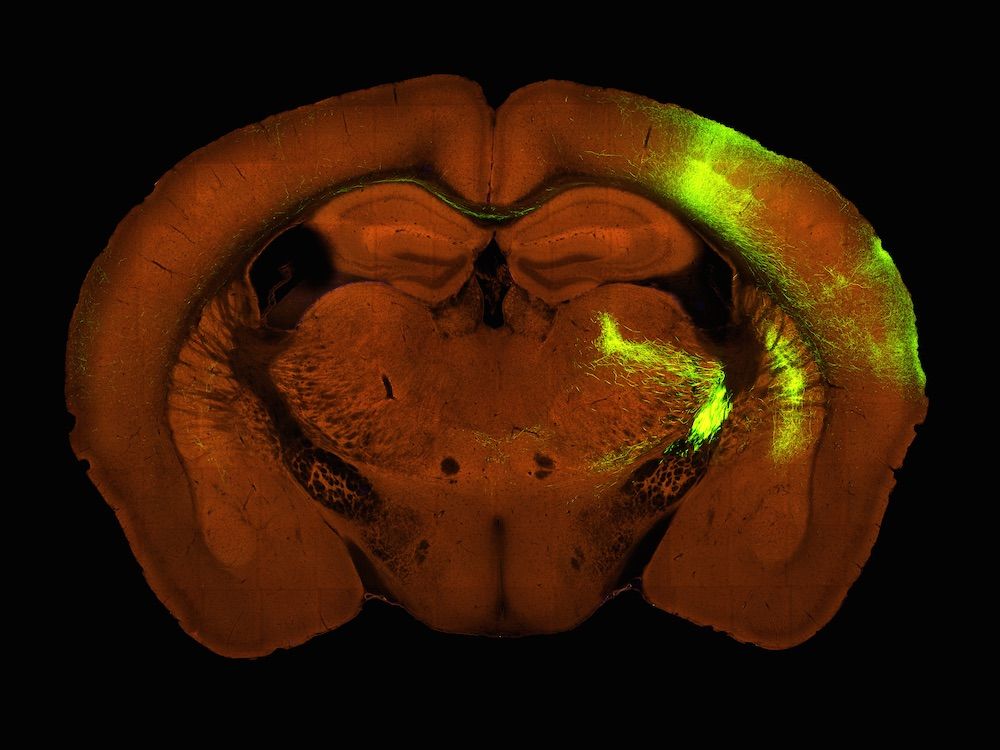 Researchers from the Rockefeller University (USA) studied neurons in the reticular formation and found those that, in their opinion, maintain an excited state of the central nervous system (CNS).

The reticular formation is the region of the brainstem responsible for the activation of the cortex and the control of the reflex activity of the spinal cord. It contains the so-called giant-cell nucleus (NGC). In it, neurobiologists discovered large neurons that were suspected of exciting the entire nervous system.

Using the technology of retro-TRAP, specialists, working with mice, found that expression of genes in which the enzyme-endothelial nitric oxide synthase (eNOS) is produced in NGC neurons occurs. This enzyme produces nitric oxide, which relaxes the blood vessels, which increases the flow of oxygenated blood to the tissues.

Since none of the known neurons produce eNOS, and NGC nerve cells are very close to the blood vessels, which together allow them to control themselves, scientists have suggested that they are crucial in maintaining the excitation of the central nervous system.

Head of the Laboratory of Neurobiology and Behavior at Rockefeller University Donald Pfaff (Donald Pfaff) said:

“We are confident that if these neurons need more oxygen and glucose, they will release nitric oxide into the nearest vessels and receive them.”