Neuroscientists have discovered a previously unknown part of the brain. 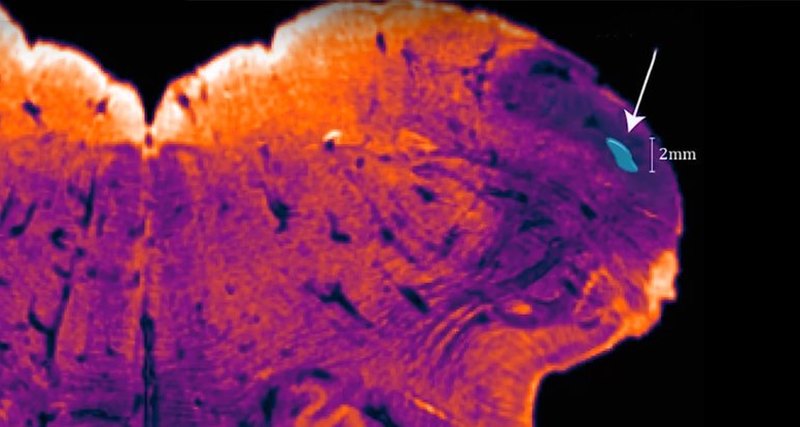 Neuroscientists, carefully studying the human brain while working on a new neuroanatomical atlas, have discovered a previously unknown area, which may be only in humans.

A new site was discovered by a group of researchers from Australia led by neuroscientist George Paxinos. This site was decided to call the endorestiform nucleus, as it is located inside the lower cerebellar pedicle (inferior cerebellar peduncle). It is located at the base of the brain – next to the area where the spinal cord already begins.

“The lower cerebellar peduncle is like a river that carries information from the spinal cord and brain stem to the cerebellum,” explains Paxinos to ScienceAlert. “The endorestiform nucleus is a group of neurons that can be compared to an island in this river.”

Paxinos with other researchers was able to confirm the existence of the endorestiform nucleus using a relatively new method designed to produce clearer images of brain tissue. This technique allows you to track substances such as neurotransmitters in the brain, allowing you to map brain tissue: the technique, as noted, helps differentiate groups of neurons by function, and not by appearance, as is the case with traditional methods. Images were needed by Paxinos to compile a new neuroanatomical atlas.

Paskinos reportedly suspected the existence of the endorestiform nucleus for decades. Thus, according to the researcher, during the anterolateral chordotomy, an operation performed to reduce fatal pain in the trunk or lower extremities, he and his colleagues noticed that the fibers coming from the spine appear to end approximately where the site of the endorestiform nucleus was opened.

The location of the endorestiform nucleus leads Paskinos to the idea that this area is involved in fine motor skills. This site has not yet been detected in other primates, and it is possible that the endorestiform nucleus is another unique feature of the human nervous system. So far, however, it is too early to assert: Paskinos expects to test the idea in future chimpanzee brain research.