Neuroscientists have investigated the unusual abilities of moles 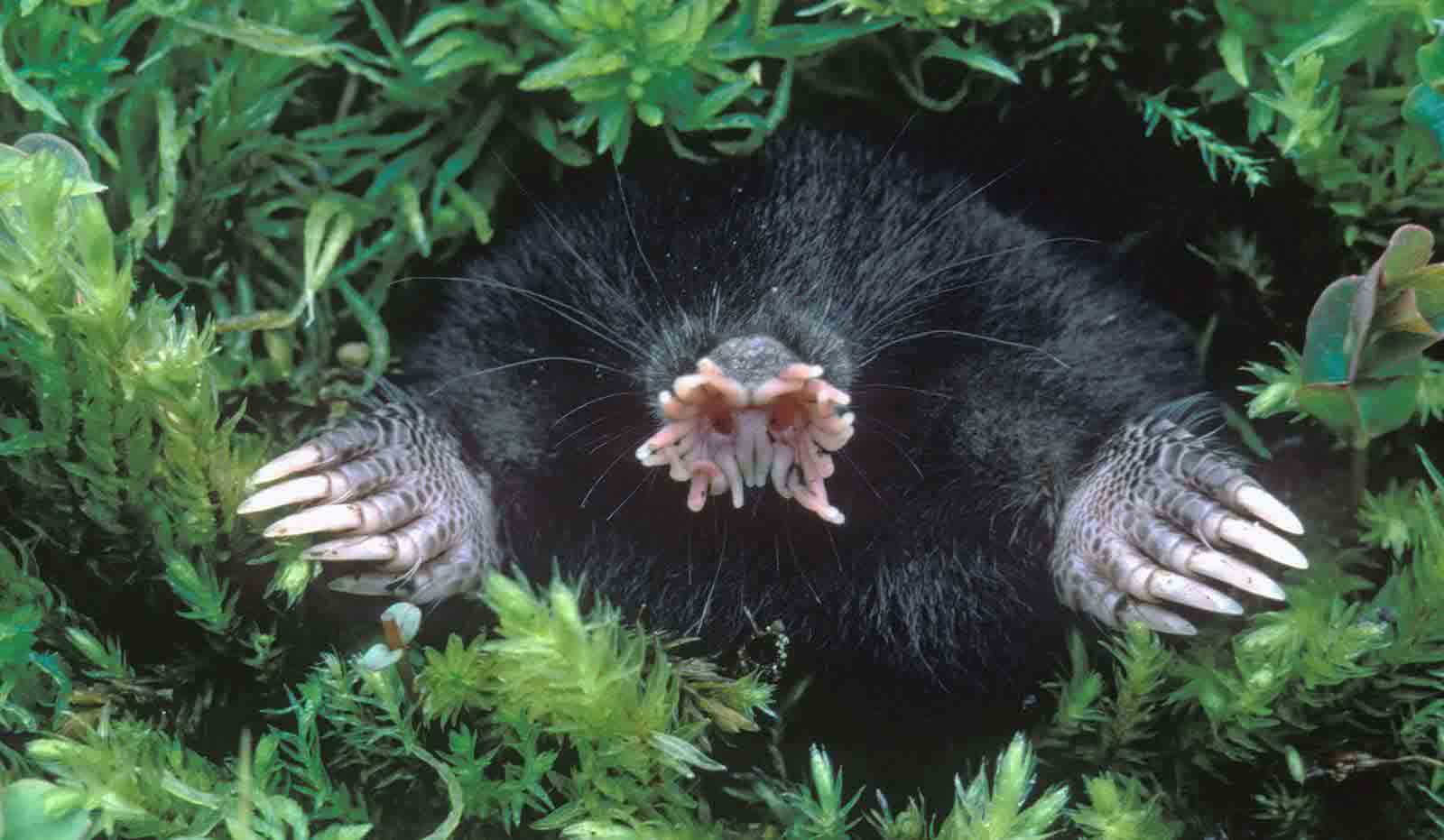 Neuroscientists investigated the starfish – North American moles with an incredibly developed touch and the ability to smell underwater.

In the east of North America, there are extremely unusual moles, in which tens of mobile dermal growths grow around the nostrils. They can move so fast that the eye can not keep track of them, serving the mole-starworms with an extremely delicate organ of touch (and also, perhaps, the sense of smell and / or electro-reception). “Obviously, these are some of the most ridiculous looking creatures on the planet,” said renowned neuroscientist Vanderbilt University Kenneth Catania. “But when you begin to study their” star, “the organization of their brain, their behavior, then real surprises begin.”

Speaking at the anatomy section at the Chicago Conference “Experimental Biology 2017”, Kenneth Catania summarized nearly 25 years of research into the anatomy and neurophysiology of astronomers. The scientist named a number of absolutely fantastic “superpowers”, which distinguished these unusual animals.

First of all, they were the fastest eaters among all mammals. Movable outgrowths of the “star” allow them to determine the edibility of the food in front of the nose in maximum 8 milliseconds. This unique organ can be recognized as the most sensitive system of touch – in it, scientists counted more than 100 thousand nerve fibers – five times more than a human hand, which also stands out for its high sensitivity. According to Catania, this sensitivity is so thin that so far the authors have not been able to establish its lower limit. The signal from the “star” is transmitted directly to the brain, and at a speed approaching the theoretical limit for neurons.

The scientist noted that touch serves these underground animals as a direct analogue of our vision. Own eyes of star-bearing stars are underdeveloped and useless, but the pits in which the growths of “stars” converge, in terms of functional anatomy are organized in exactly the same way as the eyes. They even rotate them, directing them to the right side for the “inspection”. Scientists managed to determine the area of ​​the cerebral cortex, which receives and processes this information.

Finally, Kenneth Catania also mentioned another very unusual feature of the star-bearing stars-the underwater comprehension. Breaking underground passages, these moles often find themselves in flooded marshy areas, where they are able to dive and swim in pursuit of prey – insects and worms. Sometimes they blow bubbles into the water, and then draw them in again with their nostrils. According to Catania, this allows the stars to find the prey by smell – and makes the first known mammals able to smell underwater.