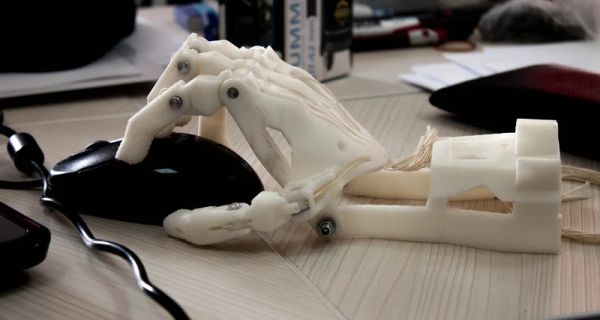 While it is already possible to print plastic or metal objects on a 3D printer, it is still quite difficult to combine these materials. However, scientists have developed a new method that can correct this flaw.

To begin with, there is already a technology for metal-coating printed plastic products. To do this, immerse the object in a solution containing palladium, which adheres to the surface of the plastic. When this item is subsequently placed in a chemical plating bath, the adhered palladium acts as a catalyst, causing the metal ions dissolved in the bath to adhere to the palladium coating. Ultimately, we should have an even layer of the required metal.

However, according to researchers from Waseda University of Japan, such coatings do not adhere well to plastic, and their uniformity leaves much to be desired. In addition, they cover the entire subject, which is not always desirable.

Under the leadership of Professor Shinjiro Umeso, scientists have developed a new 3D printing system that creates objects by applying layers of material from two nozzles. One of them extrudes molten ABS plastic, and the other extrudes the same plastic mixed with palladium. Pure ABS is used for parts of the object that need to remain plastic, while ABS / palladium is used for areas that need a metal coating.

After cooling and hardening, the printed object is placed in the previously mentioned chemical coating bath. However, in this case, the metal coating is only formed on the areas printed with the ABS / palladium mixture. According to the researchers, the coating is uniform in quality and adheres firmly to the plastic.

As an added bonus, unlike the traditional coating method, the new printing system does not require pretreatment of the plastic surface with toxic chemicals. In addition, this technology can be used in existing 3D printers to produce the required products.