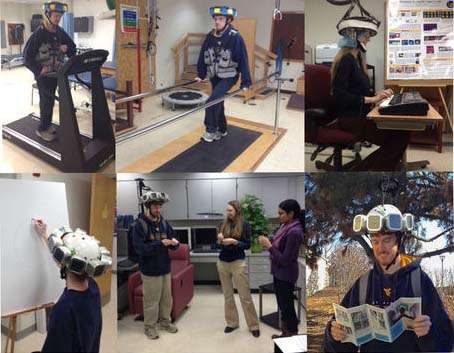 Scientists from USA have developed the first wearable PET scanner. PET stands for positron emission tomography. The device allows to study the brain when movement of a person. Recently a team of researchers said it plans to use it to identify extraordinary talent in individuals with savant syndrome, for example, exceptional memory or incredible mathematical ability.

To date, all the existing methods of scanning different areas of the brain require that the person was stationary. This limits the types of activities which could be observed in the brain. But the new scanner will enable scientists to study the brain what is called in the natural environment, under the most ordinary circumstances.

In addition, according to experts, it will help to better understand the nature of Parkinson’s disease and improve treatment methods for people affected by stroke.

Note that PET scanners are tracking a radioactive tracer injected into the blood (they are virtually harmless to humans). Labels are usually linked to a glucose molecule, which human cells use as an energy source. Large scanners create a 3D image of the human body, allowing you to see what areas of the brain become particularly active in certain conditions (for example, when people showing some images).

Majewski Stan (Stan Majewski and his colleagues from West Virginia University designed a machine in the form of a ring of 12 detectors, which can be placed around a person’s head. So, they tried to adapt the already known technology for use when driving person.

Experts have tested the methodology on four people, until they moved freely and made their daily social interaction. The resulting images had the same quality as traditional PET scanners, emphasizes Brezinsky Julie Lewis (Julie Brefczynski-Lewis) from West Virginia University.

Such a device operates with lower doses of radioactive labels than existing devices. Usually one person is recommended to undergo a scan only once a year. The new machine will allow doctors to scan the brain more often, for example, as of rehabilitation after traumatic brain injury or stroke. This, in turn, will allow you to determine which treatment works better.

No one has so far not been able to study the brain during movement to such an extent, as it has become possible now, ” says Brezinsky-Lewis. Currently, the researchers are already planning to scan the brains of people with various diseases.

Scientists are also interested in brain scans of mentally disabled people, but showing outstanding ability in any field – people with savant syndrome. According to experts, the brain scans of these individuals at that time as they demonstrate their exceptional skills could help to identify the areas responsible for phenomenal ability.