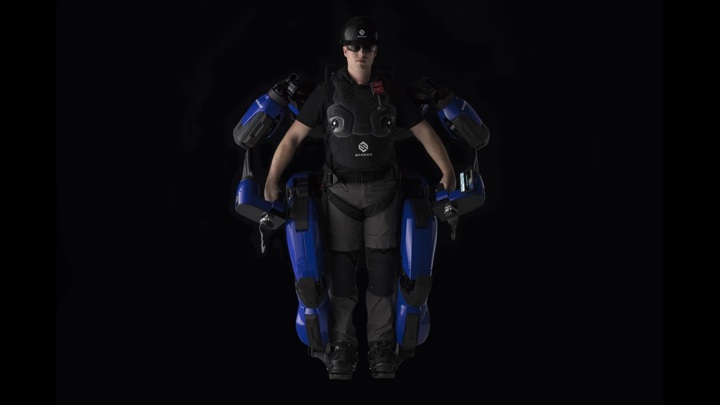 Sarcos Robotics promises to launch exoskeletons on the market as early as next year, which increase the user’s strength twentyfold.

The firm recently raised additional funding of $ 40 million (about three billion rubles at current exchange rates). The developers plan to spend this money on the commercialization of their brainchild – the Guardian XO exoskeleton.

According to the creators, this is the first exoskeleton covering the entire human body that can work for several hours without recharging the battery. And when the battery is discharged, it can be quickly replaced in the field, practically without interrupting work.

The main function of the Guardian XO is to facilitate heavy lifting. It increases the strength of its user twenty times. That is, the builder will be able to lift a bag of cement weighing 50 kilograms as playfully as a brick weighing 2.5 kilograms.

According to the manufacturers, the exoskeleton follows human movements in real time, without “slowing down”. At the same time, the system allows you to perform a variety of movements: it has no less than 24 degrees of freedom.

Another advantage of the Guardian XO is its modular design. Thanks to it, the exoskeleton can be put on or removed in 30 seconds.

The company offers users not only the device itself, but also its maintenance and updating.

It is expected that the device, firstly, will increase labor productivity, and secondly, it will save a person from injury when lifting heavy weights.

The new exoskeleton can last eight hours without recharging the battery.

The exoskeleton will be an excellent solution where it is difficult to replace a person with a robot due to the fact that the worker has to perform too complex manipulations. The exoskeleton operator actually combines the agility and intelligence of a human with the superhuman strength of a robot.