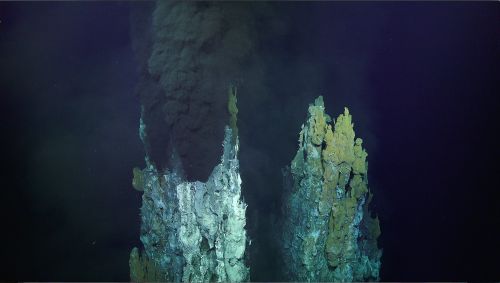 Underwater drone SuBastian put together a new video of black smokers from the bottom of the Mariana trench — vents that nurture life in the depth of several thousand meters.

In 2016, researchers from the Institute of Oceanography Schmidt in California dropped underwater unmanned research unit SuBastian in the area of the Mariana Trench, where a year earlier had found a new area of hydrothermal activity. Oceanographers ran the probe with the research vessel Falkor.

At the bottom of the ocean in these places rise black pillars of hot water and mud, between which there are a lot more living organisms than usual at this depth. The conditions for biodiversity to create stones, which are easier to catch than shapeless sand layers, which usually cover the bottom and heat that comes from the depths of the underground. As a result, around “black smokers” formed the unique ecosystem.

Scientists believe that in the samples collected by the apparatus SuBastian, and his photographs and videos can meet new, unknown to science.