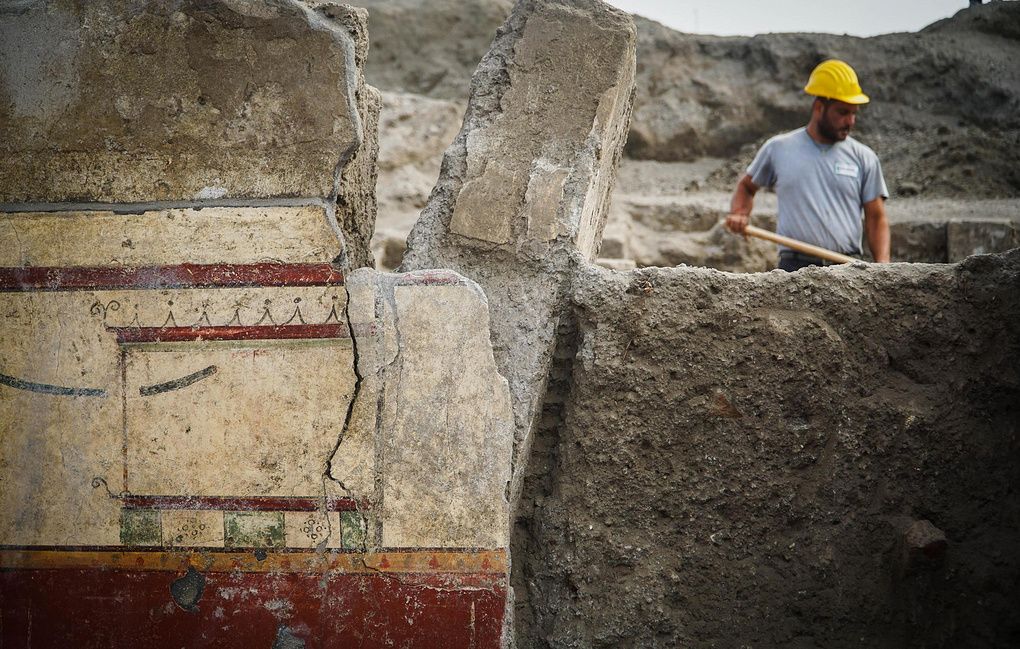 New valuable artifacts, including frescoed rooms of one of the dwellings (mansions), were discovered during excavations in Pompeii, an ancient Roman city that died from the eruption of Vesuvius in 79 AD. and became a museum in the open air. On the findings reported on Friday, the agency ANSA.

Archaeologists called the discovered mansion for the style of decor “Domusom vintage.” According to the researchers, he could belong to one of the senators who made a career in the time of Julius Caesar under the patronage of Octavius, the future first emperor of Rome Augustus. Most of the frescoes in his home in Pompeii have survived to this day.

A series of excavations in the archaeological park of Pompeii are conducted in a place where they once started as far back as the 18th-19th centuries. As the experts note, the excavations of the 18th century were negligent, and so many walls with frescos were damaged. Thanks to new technologies, scientists have made unique discoveries. In addition to the dwelling in one of the adjoining rooms, specialists discovered a bed burnt with eruptions during the eruption with the remains of tissue that covered it.

Completely buried under a layer of lava and ash, the city was first discovered in 1592. The tablet with the inscription “Pompeii” was found there only after almost 100 years – in 1689, but then it was thought that the ruins belong to the villa of the commander and prominent politician Pompey the Great (106-48 BC). Excavations of Pompeii continued throughout the eighteenth and nineteenth centuries and are still ongoing, as far as about 20% of the city remains underground. Thanks to the excavations in Pompeii, researchers were able to learn a lot about the life of the ancient Romans.