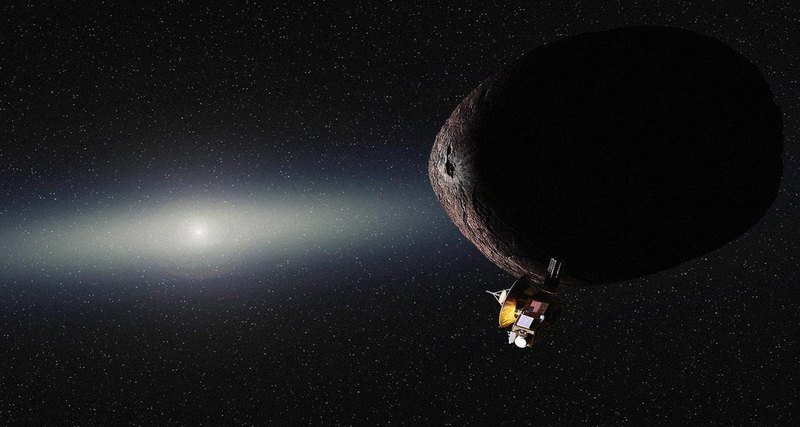 Specialists closely studied the photographs obtained from the probe and did not find any objects on them that could threaten the security of the probe during the flight. This means that New Horizons will go the shortest way and fly at the shortest distance from the asteroid.

Asteroid (486958) 2014 MU69 was scheduled as a regular and probably last target of New Horizons in 2015. At that moment, the probe, which had previously successfully visited Pluto, was rushing away from the Sun and the Earth towards the Kuiper belt, a very distant ring-shaped structure consisting of asteroid-sized celestial bodies. How many of them are there is still unknown and the span of the probe will not change this estimate; it is not too adapted for counting them.

MU69, opened by the Hubble telescope in 2014, is also known under the informal name Ultima Thule from the moment it was chosen as a mission target. At the beginning of 2015, 2014 MU69 was the only object detected that the New Horizons could be guaranteed to achieve (taking into account possible errors). The probability of attainability for the slightly larger candidate 2014 PN70 was estimated at 97%.

About the purpose of the mission is now little known. Its diameter is from 20 to 45 kilometers, it has an elongated shape. Maybe even this is not a single asteroid, but a pair, rotating around a common center of gravity.

If everything goes according to plan, then on January 1 at 12:33 pm the EST probe will approach the asteroid at a distance of 3500 km. It will be half past eight already in Moscow, our readers will more or less come to their senses after the New Year’s Eve. True, the probe is now very far from the Earth and photos of the asteroid from the minimum distance will be obtained only after six hours. After this, the Ultima Thule will become the most distant space object studied by terrestrial technology, and the New Horizons will become another probe flying towards the stars. His mission, begun in 2006, is designed for 15–17 years, so we still have time to study his data.