New material recovered by carbon in the air 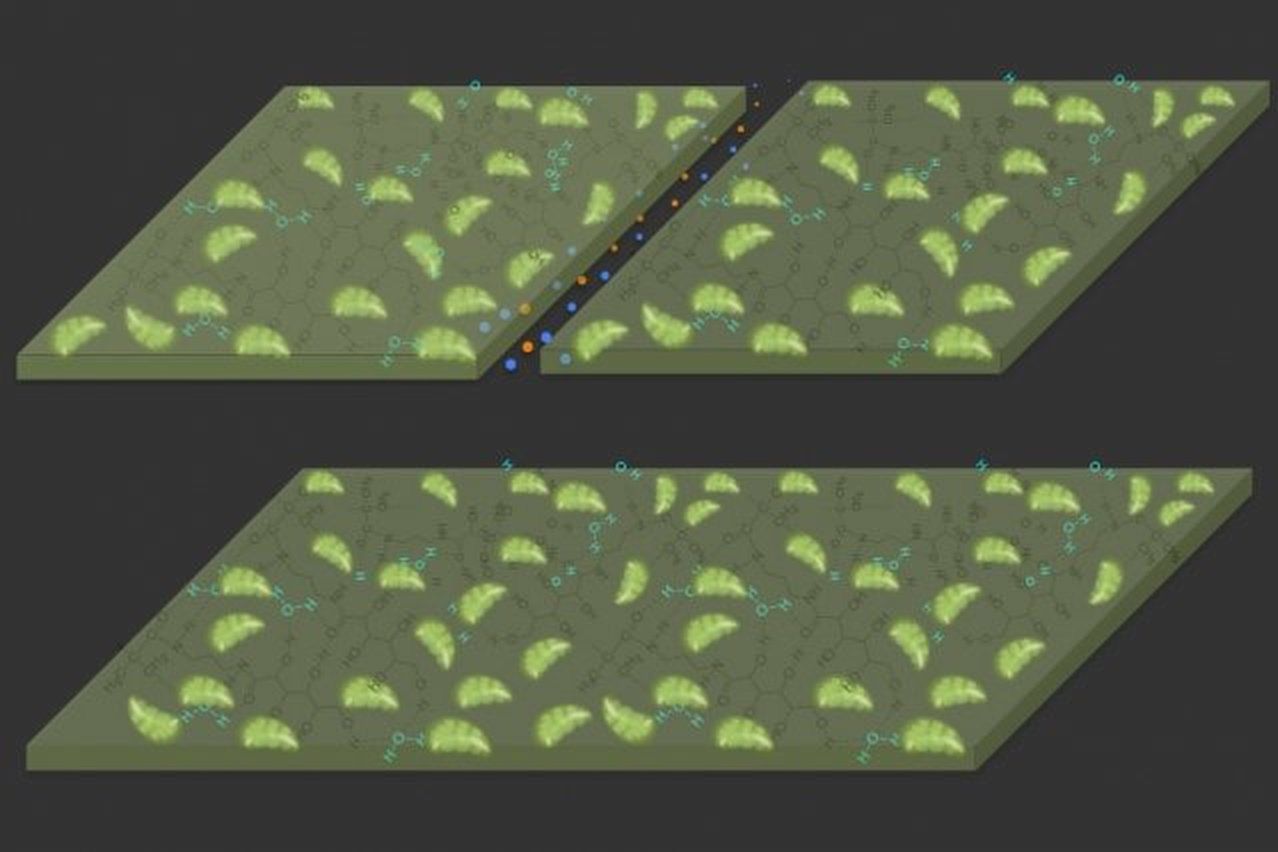 A team of American scientists has developed a material capable of recovering itself using carbon dioxide from the air.

A material developed by MIT chemists can react with carbon dioxide in the air to grow, strengthen, and even recover. The polymer, which can once be used as a building or repair material for protective coatings, continuously converts greenhouse gas into its carbon-containing material.

A new version of the material is a synthetic gel-like substance that performs a chemical process, similar to the way plants use carbon dioxide to grow their tissues. An article about the work done was published in the journal Advanced Materials. Professor Michael Strano, postdoc Seon-Young Quack and eight others from MIT and the University of California at Riverside worked on it.

The development of synthetic material for the manufacture of which does not need fossil fuels and which consumes carbon dioxide from the air, has obvious advantages for the environment and climate. For the manufacture of the material, scientists used a helium matrix consisting of a polymer based on aminopropyl methacrylamide (APMA) and glucose, glucose oxidase and chloroplasts. When carbon is added, it becomes stronger. This material is not yet strong enough for use in construction, but it can already be used to fill cracks or coatings.

Now the team is focused on optimizing the properties of the material. Commercial use of such a self-healing coating and filling agent is feasible in the near future. It remains to make improvements in the chemical structure of the material, before it can be used to make building materials and mixtures.

One of the main advantages of such materials is that they are independently restored under the influence of solar or even artificial light in the room. If the surface is scratched or cracked, the damaged area will fill the cracks and repair the damage without requiring any external influences.