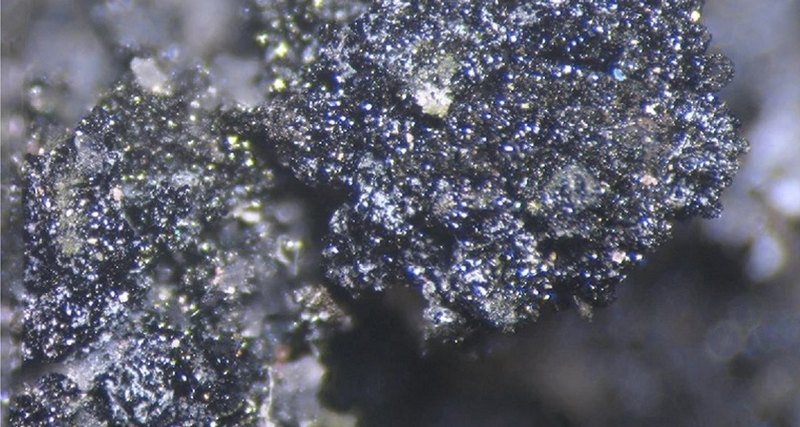 A scientific expedition during the study of the fumarole mineralogy of Flat Tolbachik volcano in Kamchatka revealed two new minerals arising from volcanic gases – arsmirandite and lemannite. It was previously believed that minerals similar in structure and composition can only be obtained in laboratory conditions, so a new discovery should help in creating methods for the synthesis of new materials and studying the transfer of metals in geological systems.

“In the laboratory, polyoxometallates are synthesized, as a rule, from aqueous solutions, although they can be obtained from other liquid media, in particular from ionic liquids. The formation of polyoxometallates from the gas phase is a rather unusual process. That is why the discovery of the arsmirandite and lemannite minerals is of particular importance, ”explained Professor Sergey Krivovichev, head of the Department of Crystallography at St. Petersburg State University.

Minerals of exhalation origin (crystals grew from volcanic gases that rose to the surface and interacted with the atmosphere and lower temperatures) are distinguished by a unique crystal structure with nanosized metal-oxygen clusters. Both have polyoxometallate clusters, in the center of which there is an iron atom in arsmirandite, and titanium in lemanite, surrounded by eight oxygen atoms, which are surrounded by twelve copper atoms at the vertices of the cuboctahedron.

“This is the so-called metal-oxygen core of the cluster, which is surrounded on all sides by eight arsenate groups, which completes the construction of a complete cluster. The clusters themselves are arranged in a three-dimensional staggered structure and sodium and chlorine atoms are located between them. We can say that the structure of minerals is a regular arrangement of polyoxometallate clusters in the structure of halite – rock salt, ”said Sergey Krivovichev.

As the authors of the work published in the journal Scientific Reports emphasized, the discovery of minerals changes scientists’ ideas about the mobility of various elements in natural conditions, and will also help specialists create synthetic clusters with copper, which, unlike polyoxopalladates – polyoxometallates with precious palladium metal – in the laboratory failed.