New nanorobots can move with the help of ultrasound 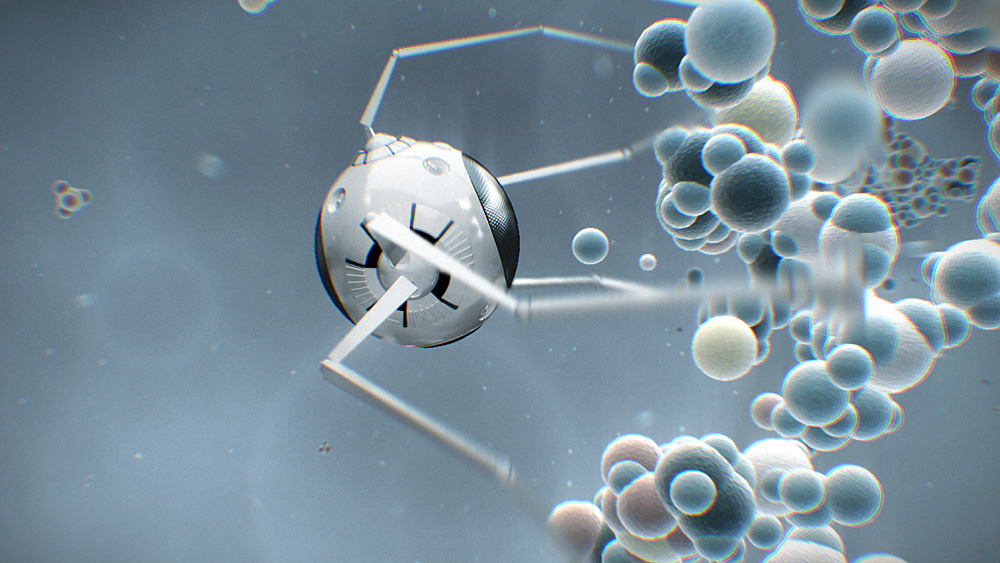 Tiny nanobots, development and improvement of which lately is particularly active, have great potential in medical practice: from targeted drug delivery to diagnostics of diseases, destruction of blood clots and plaque, and even operations. But the main obstacle to the creation of micromachines are their ability to move in a liquid medium. Some researchers used laser light and magnetic fields, but scientists from the Institute for intelligent systems max Planck (Germany) proposed several different approaches: the movement under the action of ultrasound and under exposure of chemicals in the body.

As a frame of nanorobots acts as a thin-walled tube of silicon dioxide with a diameter of 220 nm. External or internal surface of the tube is covered with an enzyme called “urease”. Urease is remarkable in that it breaks down the urea to ammonia and carbon dioxide. Accordingly, once the liquid that contains urea (a in our body it contains almost all liquids), a chemical reaction takes place, during which the released carbon dioxide bubbles act as “engine”, being ejected from one side of the tube and causing it to move. The experiments showed that a nanotube can accelerate to a speed slightly less than 4 inches per hour.

The use of ultrasound for the movement of the nanorobot uses a similar principle to the movement also used the gas bubbles, with the only difference that they are enclosed in a special capsule on the surface of the device. Under the influence of ultrasonic oscillation, the bubbles alternately expand and contract, exerting pressure on the chamber wall to which they are attached. The oscillation frequency depends on the size of the bubbles, and the closer it is to their resonant frequency, the more effective starts to work the engine. In an experiment scientists have created a tiny cube, two opposite faces of which were covered with cameras with bubbles. Picking up the right frequency, in the course of the experiment the cube is forced to rotate in a liquid medium with a speed of 1000 rpm. Besides the obvious advantages, these nanobots have another kind of achievement: they are the smallest robots in the world to jet propulsion. Says the head of the project, Samuel Sanchez,

“Our previous engine, which is now listed in the Guinness Book of world records, is three times as large. While today most of nanorobots with chemical engines use a cleavage reaction of hydrogen peroxide, which is not very useful for us substance. The products of disintegration of urea, in contrast, are natural to the body, and their presence does not cause any side effects.”