New photos of the “perfect” iceberg 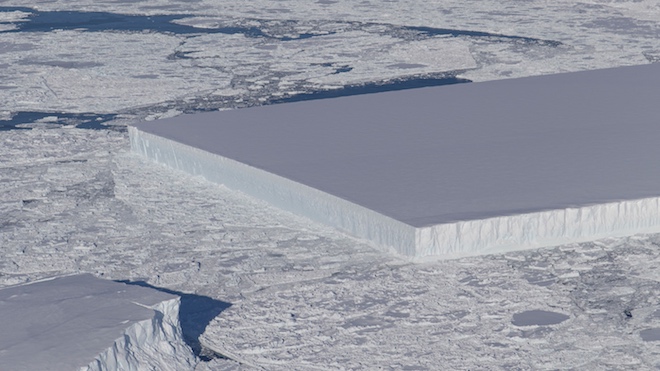 Photos of extremely flat, rectangular iceberg, published last week by scientists at NASA’s IceBridge mission, showed only part of the structure. New images taken by IceBridge Senior Researcher Jeremy Harbek make it possible to see this table-shaped iceberg in its entirety. Now we can see that this is not a perfect rectangle, but fairly regular.

Jeremy Harbeck noticed a table-shaped iceberg near the Antarctic Ice Shelf of Larsen C. Such icebergs are the decay products of the ice shelves when large ice fragments suddenly break off from them. They are known for their rectangular shapes and smooth surfaces. 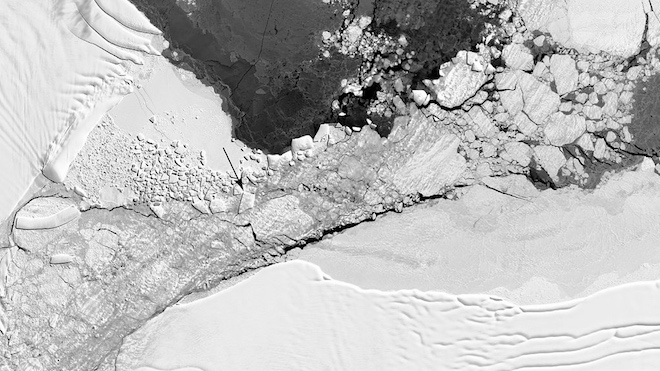 “I often see icebergs with relatively smooth edges, but I have never seen before that the two corners were so straight,” said Harbek.

In July 2017, a huge iceberg A68 weighing about 1000 billion tons broke off from Larsen C. Harbek and his colleagues studied this massive structure when they noticed an almost perfect geometric shape.

“Actually, I was more interested in the A68, but during the flight I saw this rectangle, which looked visually interesting and rather photogenic, and decided to take a couple of shots.”

During the same flight on October 16, the scientist observed another rectangular iceberg. In the photo you can see all three: on the left behind the aircraft engines – the first one, to the right in the center – the new one, and right on the horizon – a giant A68 about 100 kilometers long and about 30 meters wide. 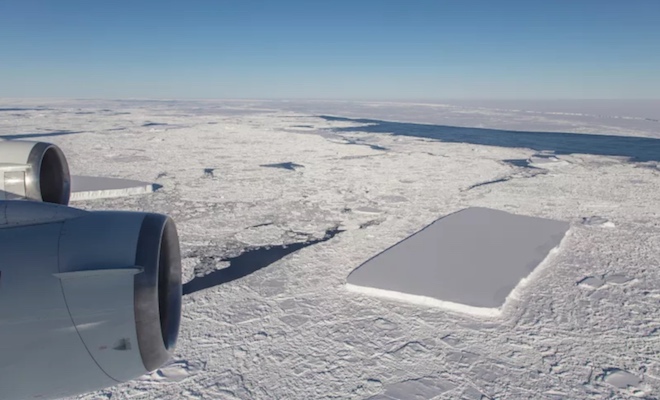 Here are some more shots of table-shaped icebergs, many of which broke off from Larsen C along with the A68.