New species of flies can talk about climate change. 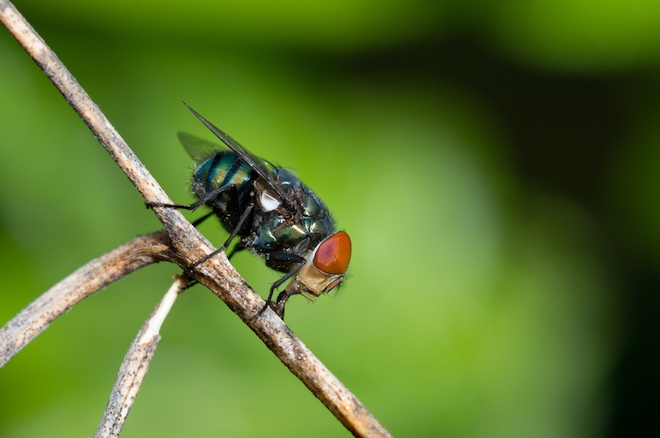 Researchers from Indiana University from 2015 to 2017 more than 20 times recorded the appearance of the L. cuprina fly in public places in the central part of Indiana. In the 1950s, this species of flies was noticed in the same latitudes near Lake Michigan, when a short period of warmer temperature was observed. But then there was no evidence of the presence of these insects in the region.

Kristin J. Picard, a professor of biology, explains: “As the temperature changes and increases, the distribution of insects also changes. They have to move north towards a more familiar climate. ”

The migration of insects is of great importance for forensic science, since the growth and development of flies plays an important role in determining how long a person or animal has been dead.

The “sister” of L. Cuprina, Lucilla sericata, is widespread in Indiana and is also often used in forensic science. Since these two species are closely related, they are difficult to distinguish. If researchers do not know that they are working with L. Cuprina, and not with the more common L. sericata, their conclusions may be erroneous.