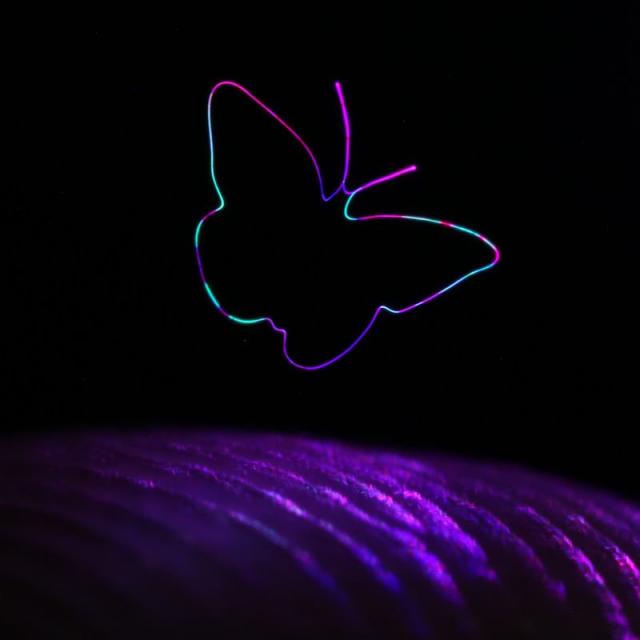 Scientists from the University of Brigham Young have developed a technology that allows you to draw in the air three-dimensional figures. Unlike a conventional hologram, the figures can be observed from different angles. According to researchers, the picture can be compared with the image of Princess Leia, which showed the robot R2D2 from the movie “Star Wars.” Around it you could walk and look at it from different angles.

The technology is based on the principle of “optical trap”, in which an opaque particle of cellulose is captured by a laser beam, and then it is illuminated from different directions by lasers with different wavelengths.

The technology allows you to move particles at a speed of 1.8 m per second. Due to the high speed, the user perceives the movement of the particle as an integral pattern. 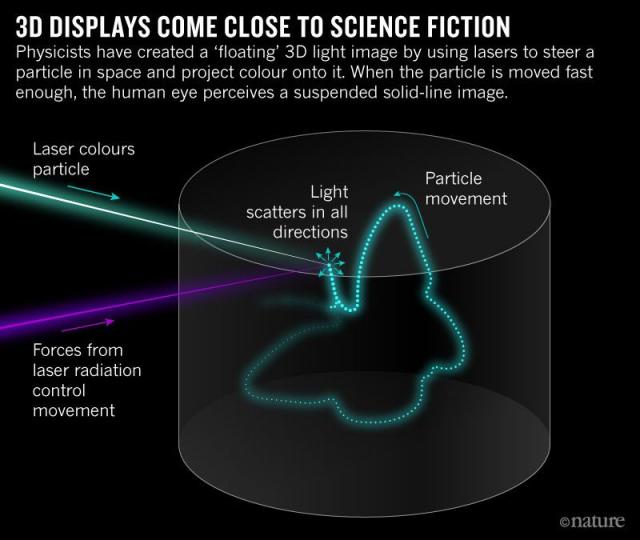 Scientists managed to get quite complex figures in this way and record them on video.

The existing system allows you to create images at a resolution of 1600 dots per inch, which exceeds the resolution of conventional computer displays. But in order to obtain a realistic picture, it will be necessary to find a way to accelerate the motion of particles and to control several particles simultaneously.